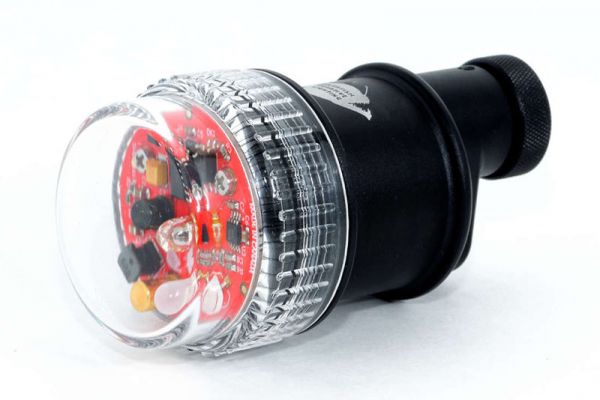 The Canadian-based company Anglerfish Creative Lighting has announced version 3 of their “Anglerfish Remote Optical Trigger.” The trigger allows users to trigger off camera strobes for creative lighting techniques such as snooting and backlighting.

The battery design is the major change with the latest version, which features a replaceable CR2 battery rather than being rechargeable. Now, it’s easier for users to replace batteries in the field, rather than being tasked with recharging. With the CR2 battery, the remote trigger lasts for up to 80 hours of shooting.

Other specs include a 330-foot depth rating, the ability to sync up to 1/320th of a second, and compatibility with both electronic and fiber optic connections with a vast array of strobe options. You can learn more about the Anglerfish Remote Optical Trigger, here.