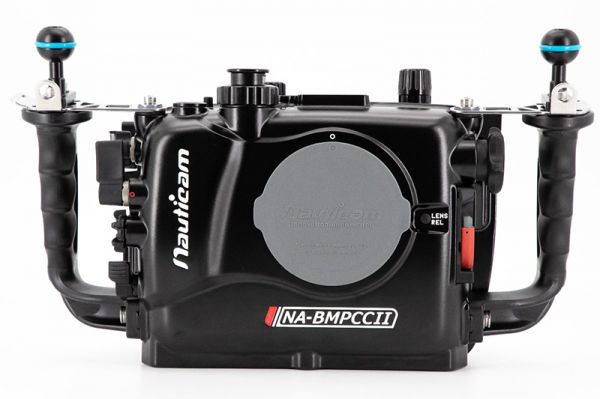 Nauticam has announced its housing for the Blackmagic Pocket Cinema Camera 4K, released a year ago, which was an 4K update of the company’s Pocket Cinema camera built around a Micro Four Thirds sensor. The camera shoots video at up to 4K/60p and boasts 13 stops of dynamic range. Blackmagic recently released a firmware update that added support for Blackmagic RAW.

Featuring integrated handles and stainless steel brackets, Nauticam’s NA-BMPCCII housing has a similar build to the company’s still camera housings, with essential controls at your fingertips. The housing is designed around their N85 port system, which accommodates a wide selection of lenses, and can easily be paired with Nauticam’s pro wet optics such as the CMC-1, CMC-2 or WWL-1.

The camera’s internal Canon LP-E6 internal battery gives a run time of just 40 minutes, but this can be increased to a total run time of more than three hours when making use of Nauticam’s included battery cage, which holds four 18650 lithium batteries (not supplied). The housing also has space for a compact SSD, which is connected to the camera via USB-C. An HDMI bulkhead allows you to hook up an external monitor/recorder such as the Atomos Ninja V in Nauticam’s dedicated housing.

Priced at $3,950, the NA-BMPCCII is available now from retailers such as Backscatter.

The NA-BMPCCII is not just an update of the original NA-BMPCC, it is a ground up redesign for the new Blackmagic Pocket Cinema Camera 4K designed to take full advantage of the great new features of this cinema camera by also supporting additional batteries that can bring run-time above 3 hours, a portable SSD and the ability to use external monitors or recorders. 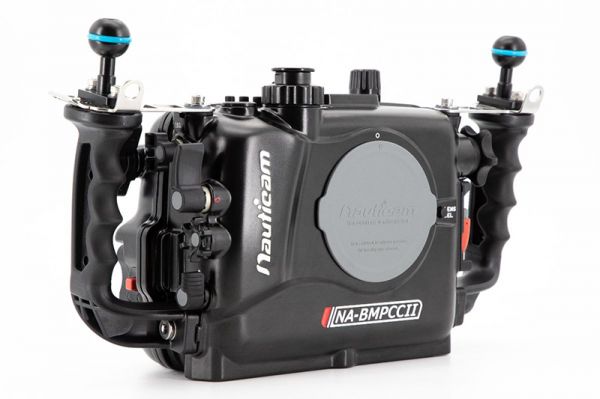 Black Magic has built its reputation on defying convention and over-delivering specifications at a reasonable price point. This has perhaps never been truer than with the new Black Magic Pocket Cinema Camera 4K.

Sporting a spec sheet that compares to cameras costing thousands of dollars more, the Blackmagic Pocket Cinema Camera 4K provides true DCI 4K @ 60fps from its MFT sensor with an impressive 13 stops of dynamic range. 1080 HD can be recorded up to 120fps in windowed format. Particularly impressive; the Blackmagic Pocket Cinema Camera 4K can record this resolution internally to UHSII V90 SD or CFast 2.0 cards in either 10-Bit ProRes or 12-Bit Raw formats. This significant improvement in workflow for professionals and enthusiasts can be taken even further with the world’s first USB-C output to compact SSD recording provided by any manufacturer. Not only does this allow up to 2TB of storage for uninterrupted shooting, it provides immediate access to clips for editing. No additional downloads or transcoding!

Underwater shooters will appreciate the new dual native ISO allowing superior lowlight/low noise performance as well the large, bright five inch touchscreen monitor with extensive tools that may eliminate the need for an external monitor in many applications. The Black Magic Pocket Cinema Camera 4K may well prove to be the ultimate run-and-gun camera whether as a primary rig or the “small” B camera that goes where others won’t. 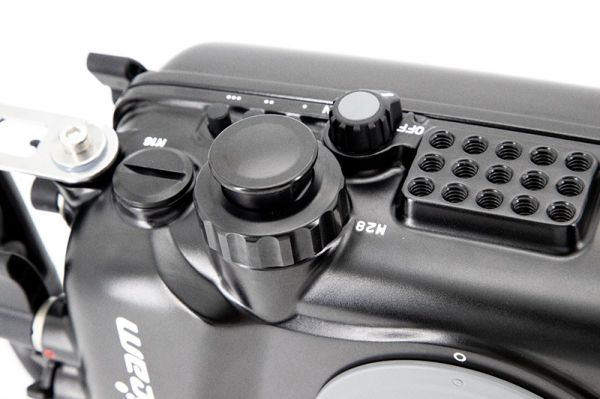 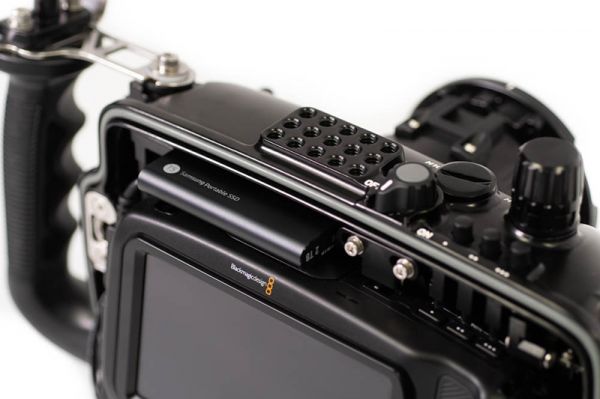 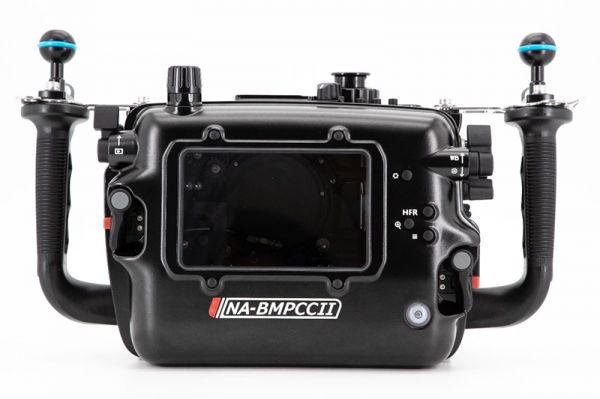 Nauticam's design philosophy is driven by allowing immediate access to all essential controls within easy reach of the handles, allowing the shooter to make adjustments without having to take their eyes off the screen. Within reach of the right handle are the trigger as well as a control dial for iris, a lever to capture still images as well as a double thumb lever for the white balance and autofocus. A recessed double thumb lever, situated between the trigger and the rear thumb lever accesses the ISO and Shutter Angle (Shutter Speed). Three assignable buttons are atop the housing near the right handle as well as three buttons on the right rear for HFR, Auto-Iris, Zoom and Menu. A thumb lever on the left side activates Review.

The NA-BMPCCII features DSLR style ergonomic handles with stainless steel stiffening brackets that are compatible with the optional handle strap (PN 28130). The rear monitor window is compatible with the Monitor Shade for the NA-502 Housing (PN 17916) which attaches via four screws. 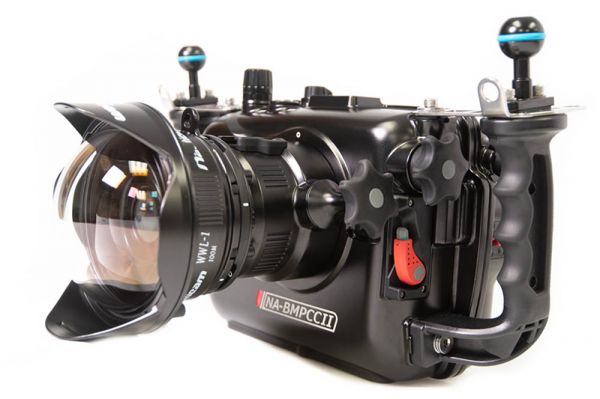 The NA-BMPCCII is built around the N85 Port System which offers a variety of port configurations for a large selection of lenses. The Pocket Cinema Camera 4K features a four thirds lens mount making it compatible with the Olympus M.Zuiko 14-42mm F3.5-5.6 II R lens that when paired with the WWL-1 provides ultra-sharp full-zoom-through wide-angle performance. The WWL-1, when used with the bayonet mount system can be exchanged underwater for the optional CMC-1 or CMC-2 to allow for the capturing of up to 130º wide-angle, macro and super-macro all on the same dive. 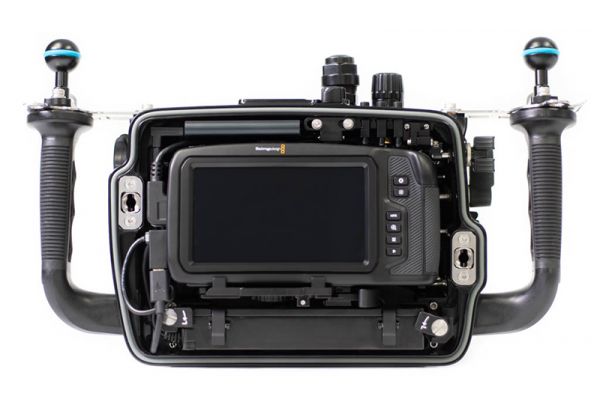