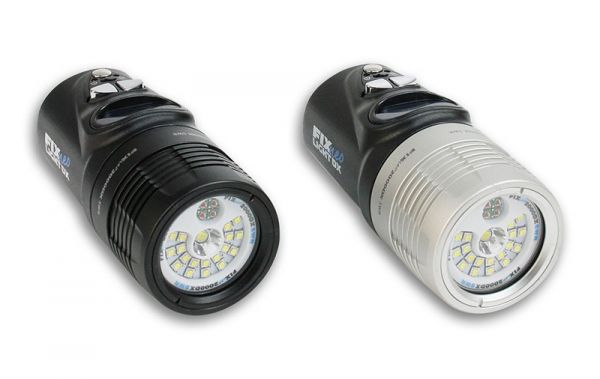 With baggage allowances not showing any signs of changing soon, the market for compact, versatile dive lights that cover any situation is becoming more and more crowded with each passing year. Now Nauticam have introduced a new photo/video light vying for the “jack of all trades” crown.

With the FIX Neo 2000 DX SWR, Nauticam give you four lights in one: a wide beam for video, a spot beam for macro duties, a red beam that functions as a focus light, and a unique mixed mode that combines wide and red beams to get a color mix designed to add warmth to your images. The light has four user-programmable mixed modes to allow you to achieve the color results you’re after.

Check out the press release below for more info.

Gone are the days when you had to choose a light that could only help you shoot in one mode. Most of today's sophisticated cameras can switch between wide-angle, macro, and video all on the same dive. The FIX Neo 2000 DX SWR is the only light that can provide for those scenarios to you get the image you want!

By simply toggling the Neo's mode button, you can switch the light from wide beam for maximum coverage, to a focused beam to isolate light on a small subject, to a red light for a covert night focusing light.

A Powerful 2000 Lumen Wide Beam
Shooting video or photos, more light is always better. At 2000 lumens and a 100° beam angle the Neo 2000 DX SWR has the performance you need for wide-angle success.

A Focused Spot Beam for Macro
Get close! Get tight! A single push of a button and switch the Neo 2000 DX SWR to spot mode for macro. The spot beam focus the Neo's beam on to the subject where your camera is focused. No more wasting light and battery power by spilling light outside of the composition. The Neo 2000 DX SWR puts the spot beam just on your subject creating a more dramatic shot.

A Red Beam for a Stealthy Focus Light
Marine life is more approachable using a red light to focus your camera which allows you to get closer and get the shot you want. Using the Neo's simple interface change to red light mode with just the push of a button. This is especially effective at night when most night critters recoil from a white light.

Mixed Light Mode Returns Warm Colors:
Found only in the new FIX Neo 2000 DX SWR, a unique mixed light mode activates both the wide white beams and red beams. Mixing red into your video or photos can return the warmer red and orange spectrum normally lost at depth. Use the four user programmable mixed modes to specify how much of each color desired to achieve the color results for spectacular underwater images.

Other FIX Neo Advantages:
- 100° Beam Angle for excellent video/photo coverage.
- Option FR1 Remote Controller for easy on/off and power changes from a housing.
- Swappable batteries allowing you to keep shooting, not waiting or charge without removing the battery to keep the Neo sealed.
- Swappable Neo light heads for alternate configurations.
- Mounts included, no other parts required to attach to a rig, no other parts to buy.