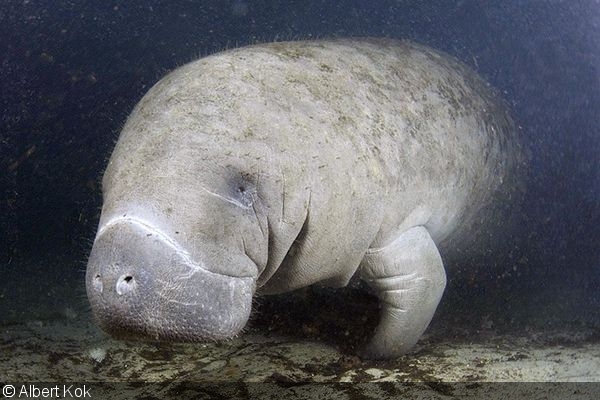 The Florida Fish & Wildlife Conservation Commission (FWC) says that a shocking 804 manatees died in 2018. That’s a nearly 50% increase over the previous year and the highest number of deaths in a single year on record bar one—in 2013 when a huge die-off resulted in the loss of 830 animals.

The most significant cause was the so-called red tide, the annual toxic algal bloom that was particularly severe last year. Some 209 deaths—more than a quarter and more than three times the previous year—were linked to the phenomenon. Only 2013 was worse, with 277 deaths attributed to the red tide. Boat collisions caused 119 deaths, a record. Finally, cold weather was deemed to be responsible for 72 deaths, triple the number in each of the previous four years. Even worse, these figures are only through December 21st: The final year-end figures are likely higher.

“How many more bad years can manatees endure before triggering an irreversible downward population spiral?” asked Jeff Ruch, Executive Director of Public Employees for Environmental Responsibility (PEER). Indeed, it may not be long before the Florida manatee’s endangered status, downgraded in 2017, is restored once again.

Newton Non wrote:
We have to save the planet !
You must be logged in to comment.
Support Our Sponsors
Advertise With Us
Newsletter
Travel with us