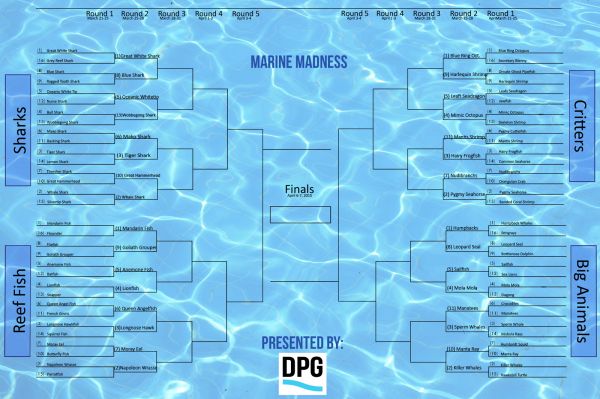 After nearly 4,000 votes in just two days, the match-ups are set for Round 2 in DPG’s inaugural Marine March Madness Tournament!

There were some dominant performances by expected winners: #1 Blue Ring Octopus won by an impressive 83 percent. As well, we witnessed some upsets, like #13 Wobbegong Shark over #4 Bull Shark.

The stage is set for an intriguing second round of match-ups between our favorite marine animals. So between now and March 28th, cast your votes for who you want to see crowned king of the Marine March Madness Tournament!