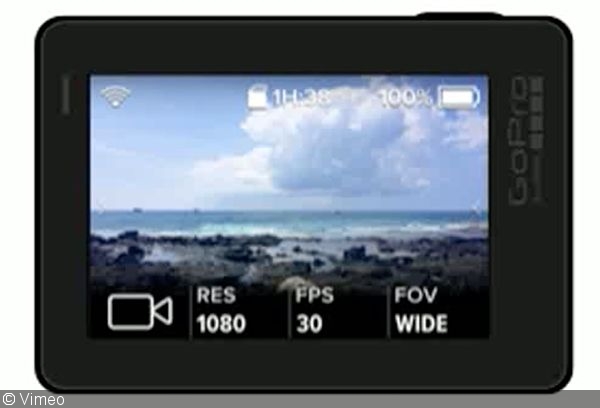 An eagle-eyed GoPro user has spotted a sneak peak of the long-awaited GoPro HERO 5 hidden within the GoPro Android app APK.

It’s only a 9-second-long video clip showing how to connect the never-before-scene GoPro model to your smartphone—but it appears to give a fair amount of insight into the design and performance of the GoPro 5. Also, it appears to be a legit leak since The Verge located the original video file, directly titled “add_camera_hero5.mp4.”

In the video, we can see the next GoPro is slightly more rounded and features an elevated record button. Also new is the fact that the back of the GoPro is entirely an LCD screen, rather than a bus interface used to attach additional accessories. This is significant because it could mean that the GoPro HERO 5 will be waterproof right out of the box—a game changing possibility.

Finally, in the video we see a new shooting mode called “GoPro Sniper.” We don’t have any idea what this may be; but some have speculated that given the GoPro’s relatively wide angle-of-view, this could be some sort of optical or digital zoom.

The camera is expected to be formally announced in time for the holiday season, so stay tuned for more news.