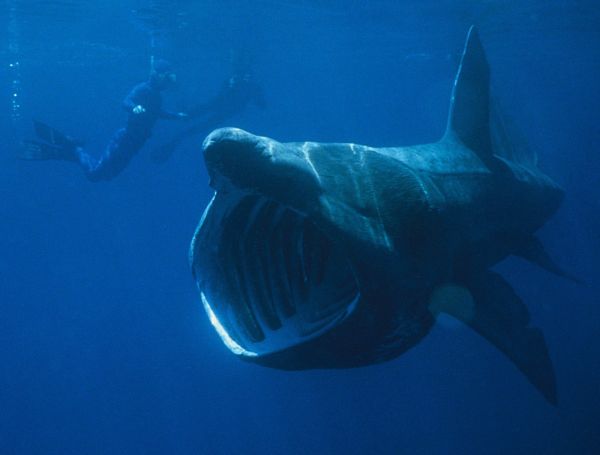 With winter finally thawing out, everyone could use a vacation—including basking sharks. A massive aggregation of the filter-feeding sharks has gathered off the North American East Coast from Long Island, New York to Nova Scotia in Canada.

Scientists and tour operators estimate that the group exceeds 1,000 individuals. According to NOAA, the sighting of basking sharks in these waters is common but seeing them in such large groups is not.

NOAA hasn’t been able to determine a reason for the aggregation, but scientists say it is likely due to courtship, mating, socializing or feeding. Growing to more than 25 feet in length, basking sharks need to eat a lot. And while basking sharks have the most teeth out of any shark species (true fact!) they rely on plankton to survive.