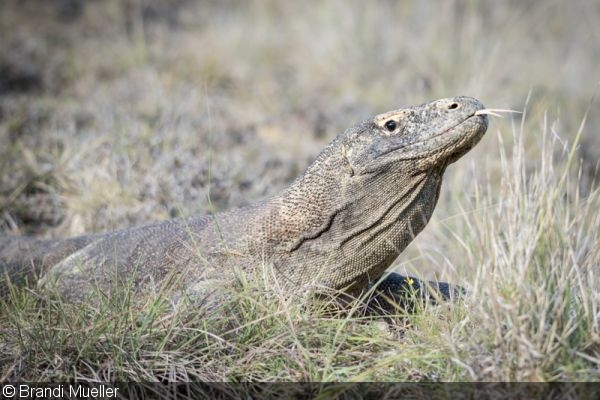 Ongoing discussions that started at the beginning of the year about barring tourists from visiting Komodo Island have now culminated in a decision by the provincial administration and the Ministry of Environment and Forestry. After the two parties met, East Nusa Tenggara (NTT) administration spokesman Marius Jelamu concluded that “Komodo Island will be shut down temporarily in January 2020.”

The move comes after East Java Police uncovered a smuggling operation that reportedly saw 41 of the animals sold overseas—with a price tag of 500 million rupiah (about $35,000) each. Nine arrests were made. As well as the vulnerable repiles—the world’s largest-known species of lizard—various other animals from eastern Indonesia were seized, including wildcats and cockatoos.

According to officials, the dragons are “usually” sold to Asian buyers, but police have said that these lizards may have been purchased in an attempt to create an antibiotic. The Komodo dragon’s blood is known to contain antimicrobial peptides, making the animals immune to the highly venomous bites of other dragons. However, Bryan Fry, an associate professor for the University of Queensland’s school of biological sciences, told the Washington Post that purifying the chemical compounds in the blood used to fight infection would be difficult: “If this is, in fact, what is fueling the trade, it is in the same destructive fantasy land as the Asian appetite for rhino horns as aphrodisiacs.”

Local officials hope that the closure of the island will give authorities time to shore up protections for the dragons and their habitat. However, there is concern about the impact on the local economy from the loss of tourism, which sees around 18,000 visitors to the islands every year, and the potential price hike of smuggled animals that closure could cause, which would only embolden poachers. The other two main islands that make up Komodo National Park—Padar and Rinca—are expected to remain open. It’s not clear how closing Komodo Island will impact diving in the region.

Asia Based wrote:
The rumours are not true. Komodo island, Padar and Komodo National Park is an will be open.

It is horrible news, that people have been stealling dragons...! And this needs to stop.
But these rumours are not true. It is so bad for the livelihood of the people of Komodo island, Labuan Bajo and Flores!
I read the article of the washington Post and have commented there as well.

The Director General of Nature Conservation and Ecosystems, Mr Wiratno, at the Ministry of Conservation and Forestry announced in an official statement that the rumors of closing Komodo island or Komodo National Park is not true.

Want to learn the facts? More information can be found here
https://wickeddiving.com/2019/04/komodo-is-open/
You must be logged in to comment.
Support Our Sponsors
Advertise With Us
Newsletter
Travel with us