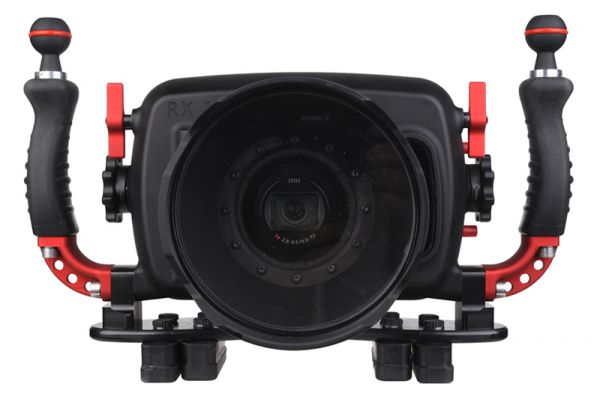 Hugyfot is now shipping its Vision housing for the latest iteration of the Sony RX100 series—the Mark VI. This follows the similar Vision housing for the RX100 IV/V that was announced in the middle of last year. The distinguishing feature of the Mark VI is its 24–200mm (f/2.8–4.5) lens as opposed to the 24–70mm (f/1.8–2.8) lens on the previous models in the RX100 line.

However, not one but two versions of the Mark VI housing are available: One has an integrated seven-inch HDMI monitor with removable sun hood plus two power banks (8-hour battery life)—as found in the Mark IV/V housing—while the other has buttons and knobs for full access to camera controls plus one power bank (6-hour battery life). In the latter configuration, a large window allows the user to view the camera’s LCD for composing shots.

Available to order now, the Hugyfot Vision housing costs €1,945 for the monitor version and €1,420 for the button/knobs version.

The housing comes in 2 different configurations: 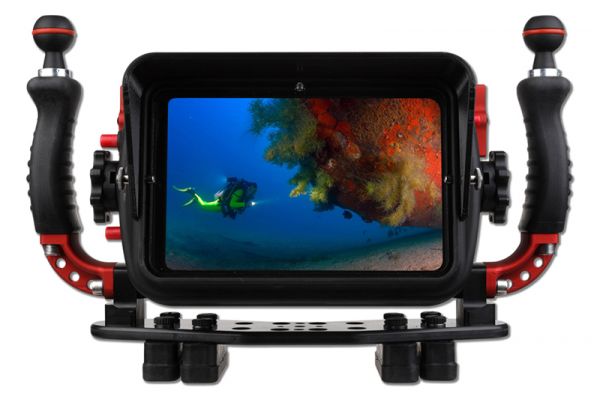 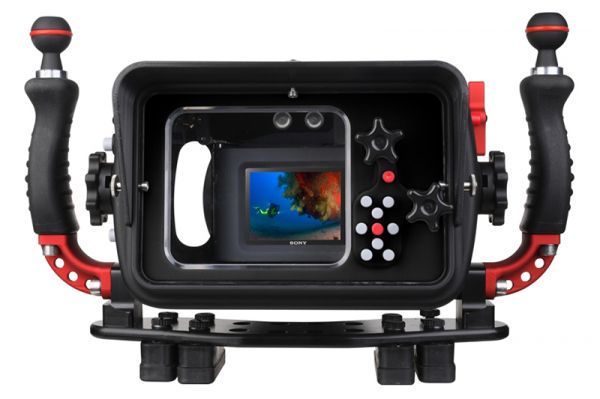 The Vision Sony RX100 housing comes standard  the Hugyfot multi-functional wing and rigid aluminium handles with 1" mount balls. Machined out of solid aluminium, it is pressure rated to 200m. 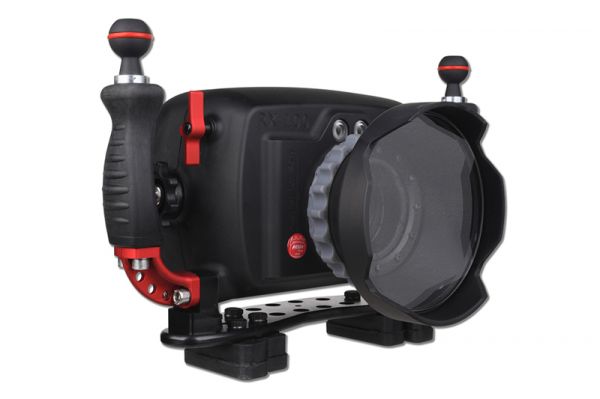 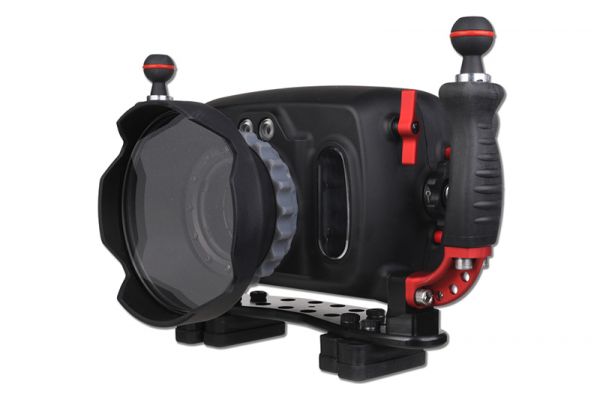