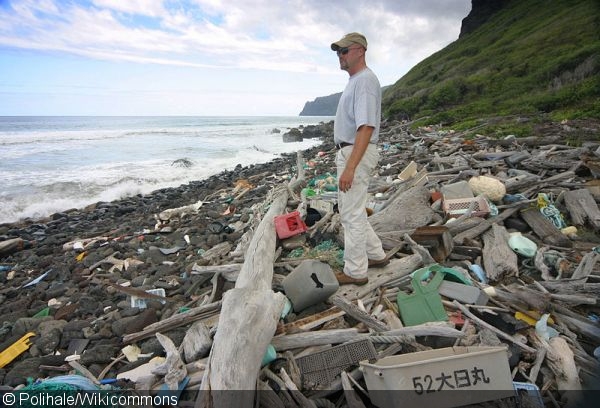 Large things can be difficult to picture in your head. A blue whale is two city buses. A great white shark is an SUV. And giant kelp is a 10-story building.

But try this one on for size: The Great Pacific Garbage Patch is twice the size of the state of Texas. That’s right, the mass amalgamation of micro- and macro-plastics has grown to 1.6 million square kilometers, according to a new study published in Scientific Reports.

The new figure comes from three years of research by an international team of scientists with the Ocean Cleanup Foundation—and it’s 16 times the size previously estimated. Half of the trash is made up of discarded ghost fishing nets. And nearly 20 percent comes from the 2011 Japanese tsunami.

“We were surprised by the amount of large plastic objects we encountered,” Chief Scientist Julia Reisser said in a statement. “We used to think most of the debris consists of small fragments, but this new analysis shines a new light on the scope of the debris.”

Read more about the results of the study here.