The HERO7 Black is the flagship of the series and offers specs and an appearance quite similar to that of the previous HERO6: 4K at 60 frames per second, 12-megapixel still photos and built-in HDR. The big step up from the previous model is the addition of improved stabilization via “HyperSmooth.”

GoPro really wants to sell this HyperSmooth: “HyperSmooth is the best in-camera video stabilization ever featured in a camera,” the company says in a press release. Notably, GoPro claims that the stabilization also works underwater!

As well, the HERO7 Black gets TimeWarp, which is a hyperlapse features that smoothes out footage into a time lapse video. Also new is the ability to livestream straight to online platforms like YouTube and Facebook by tethering the camera to your smartphone.

One step down, the HERO7 Silver is actually quite similar in specs to the HERO6 Black with 4K video (30fps) and 10-megapixel stills. The Silver lacks the Hypersmooth, TimeWarp and HDR features of the Black version. Finally, the HERO7 White is the most affordable option of the series. It captures video at 1080p and stills at 10 megapixels.

The HERO7 Black, HERO7 Silver, and HERO7 White are all available for pre-order with delivery expected by September 30, 2018.

HyperSmooth is the best in-camera video stabilization ever featured in a camera. It makes it easy to capture professional-looking, gimbal-like stabilized video without the expense or hassle of a motorized gimbal. And HyperSmooth works underwater and in high-shock and wind situations where gimbals fail.

HERO7 Black with HyperSmooth video stabilization – you've got to see it to believe it.

With HERO7 Black, GoPro is also introducing a radical new form of video called TimeWarp. TimeWarp Video applies a high-speed, 'magic-carpet-ride' effect to your videos. Imagine a scenic drive, ocean dive or walk through the city compressed into a super-stabilized, sped-up version of itself, with the entire experience playing out in seconds. TimeWarp Video transforms longer experiences into short, flowing videos that are compelling to watch and easy to share.

And when it comes to sharing, there's no faster way to do it than live. HERO7 Black is the first GoPro to live stream, enabling users to automatically share in real time to Facebook, Twitch, YouTube, Vimeo and other platforms internationally. The result is an exciting and convenient way to share life's more interesting, on-the-go moments.

"HERO7 Black is the GoPro we've all been waiting for," said GoPro founder, Nick Woodman. "With HyperSmooth video stabilization, HERO7 Black is a camera anyone can use to capture amazingly smooth, professional looking shots of their favorite activities. And they can do it live."

With HyperSmooth video stabilization, HERO7 Black makes it easier than ever to capture professional looking shots of your favorite activities. To celebrate, we are inviting HERO7 Black owners to shoot this year's HERO7 Black highlight video for their cut of $1,000,000. Beginning September 27 worldwide, users can submit their best HERO7 Black raw video clips to the Million Dollar Challenge. Our creative team will pick their favorite shots for the highlight reel and award an equal cut of a million dollars to the individuals whose footage is selected.

HERO7 Silver + HERO7 White – Meet the Rest of the Lineup

GoPro has a new HERO camera for everyone this fall, including newbies, active go-getters and social sharers of all ages. Joining HERO7 Black to round out the lineup are HERO7 Silver and HERO7 White – the perfect active-lifestyle cameras for entry and mid-level users.

The 4K $299 HERO7 Silver and 1080p $199 HERO7 White are tough, tiny and waterproof to 33 feet. Tell them what to do using voice commands, or just tap the shutter button, and the camera will turn on and capture the moment automatically. And of course, it wouldn't be a GoPro without the stunning video and photo quality that's made GoPro the best-selling camera in North America for more than four-and-a-half years straight. Both HERO7 Silver and White feature significantly improved video stabilization, making it easier to get great looking shots on-the-go.

To review a full set of features and capabilities for all of our HERO7 cameras visit GoPro's news blog, The Inside Line.

The $399 HERO7 Black, $299 HERO7 Silver and $199 HERO7 White are available for pre-order today at GoPro.com. Cameras will be available in-store internationally beginning Thursday, September 27, and domestically on Sunday, September 30. 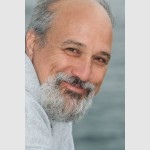