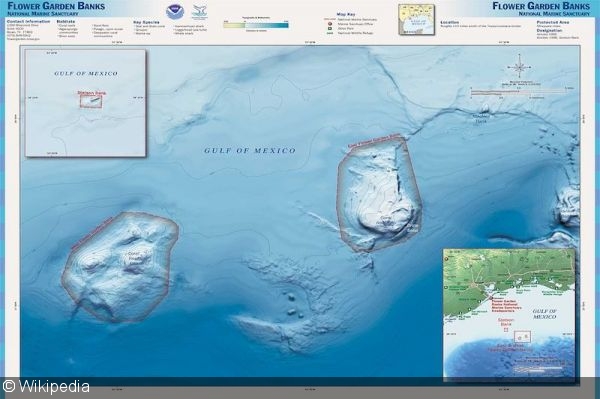 Freshwater runoff from Hurricane Harvey is threatening coral reefs in Flower Garden Banks National Marine Sanctuary in the Gulf of Mexico. As a result of the devastating hurricane, 13 trillion gallons of floodwater have entered the Gulf. The Texas Automated Buoy System is a network of buoys which has helped scientists monitor the area. Buoy V, which lies within the sanctuary, recorded a 10% drop in salinity over a period of 24 hours. What impact this will have on the reefs which lie 100 miles from the city of Galveston, Texas is yet to be determined.

Flower Garden Banks National Marine Sanctuary was created in 1992 and is home to 300 species of fish and 20 species of coral. Adrienne Correa, Assistant Professor of Biosciences at Rice University said, “When people look at the impact of hurricanes on coral reefs, they often look at physical damage or breakage of reef frameworks by waves and storm surge. Much less is known about the impacts of freshwater influx from the precipitation associated with a hurricane.”