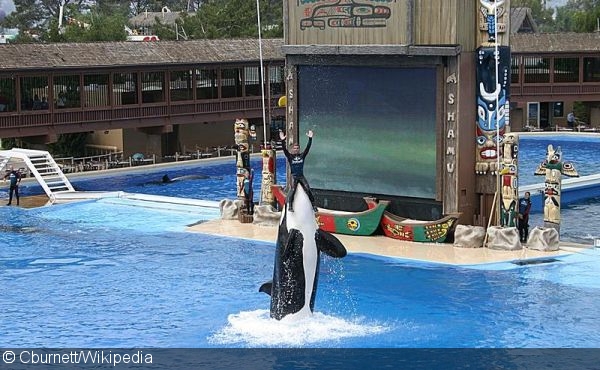 After the death last week of another killer whale, Kasatka, at SeaWorld, a former orca trainer at the San Diego theme park has spoken out about the appalling conditions in which the animals are held—calling the park “a disgrace to humanity.” Kasatka, which became the third orca to die within a year at the park, was put to sleep following prolonged treatment for lung disease, SeaWorld said.

The former trainer, John Hargrove, told Britain’s Daily Mail that the orca’s death was caused by bacterial infections, as the animals’ immune systems cease to function properly after years of being given antibiotics. “By the end she had lesions on her face, like an Aids patient,” he told the paper, adding, “SeaWorld will never release the autopsy but the internal wounds will be far worse.”

Kasatka, who, at 41, was the oldest killer whale at SeaWorld in San Diego, appeared in the award-winning film Blackfish—in which Hargrove played a major part. Kyara, the last orca of SeaWorld’s now-defunct captive breeding programme, was put down in October, likely due to pneumonia. In January, Tilikum, the male orca involved in the death of trainer Dawn Brancheau, died of a persistent bacterial infection.

Hargrove said: “I have to speak out because if it stops just one person paying to go to a park where orcas are tortured to perform circus tricks, then Kasatka’s death won't have been in vain.” SeaWorld issued a statement denying the killer whales were maltreated or trainers were put at risk. As well as San Diego, California, SeaWorld has parks in Orlando, Florida, and San Antonio, Texas, and owns 21 orcas.