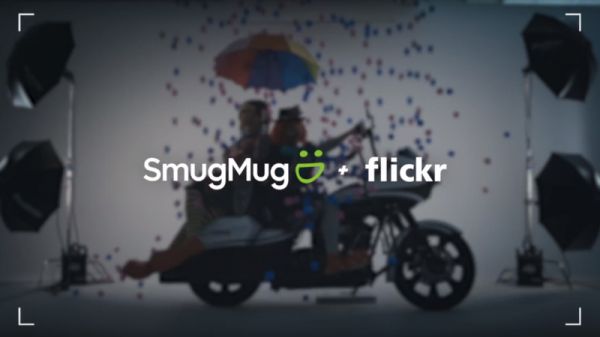 After being acquired by SmugMug eight months ago, Flickr has announced various updates to its Free and Pro accounts. Notably, free accounts will be limited to 1,000 images, removing the terabyte storage that was once on offer when the service was owned by Yahoo!. Also, from January 2019, it will be possible to login to Flickr without having a Yahoo! login—any email will be accepted.

On the other hand, Flickr Pro users, who pay $50 per year for the privilege, are seeing various new features and enhancements. According to Flickr, Pro accounts now include unlimited storage for photos and videos at full resolution, ad-free browsing, advanced stats, and—coming in early in 2019—increased video playback, from three minutes to 10 minutes.

Holders of Free accounts will have until January 8th, 2019, to download any images over the new 1,000 limit—or switch to a Pro account. Flickr is offering a 30% discount off the first year if you upgrade to Pro before November 30th.

See the press release below.

SAN FRANCISCO—Today Flickr, the world’s largest photographer-focused community, announced several updates to both its Free and Pro accounts, marking a new step forward for Flickr and the future of photography.

In April, SmugMug announced its acquisition of Flickr and made a commitment to revitalize the global photographer community. This sparked a months-long effort to listen to its members and understand what Flickr needed to thrive and evolve. One of the most requested changes was a simpler login, and we are excited to share that beginning in January 2019, there will be no need for a Yahoo! account to access Flickr.

Flickr Pro users will now enjoy unlimited storage of photos and videos, ad-free browsing, advanced stats and a global community of more than 100 million photographers, for less than half the cost of Apple, Google or Amazon storage options.

Flickr Pro is available for $49.99 per year. That’s hands down the best deal in photography, and Flickr users that upgrade to Pro before November 30 will also get 30 percent off the first year.

Flickr has long offered a free plan to photographers, and we remain committed to a vibrant free offering. Free accounts will now be for a member’s 1,000 best photos or videos, regardless of size.

This means, we are no longer offering a free terabyte of storage. Unfortunately, “free” services are seldom actually free for users. Users pay with their data or with their time. We would rather the arrangement be transparent.

Free members will still be able to participate fully in our community. Free members with more than 1,000 photos uploaded to Flickr will have until Tuesday, January 8, 2019, to upgrade to Pro or download photos over the 1,000 limit. After January 8, members over the limit will no longer be able to upload new photos to Flickr.

These updates are the first of several expected in the coming months and part of the efforts by Flickr CEO and chief geek Don MacAskill to ensure the company provides a high quality experience and support its vibrant community:

“From the start, Flickr has been an act of co-creation, and without you, our community, we’d be just an empty picture frame – no more than a template and a web address. We need the community’s help to make Flickr a sustainable, thriving community again. We are committed to building the future we all want for Flickr – one where the site can keep evolving in all the areas that have made it the incredible, diverse, and beautiful place it has always been. We’re excited to define the future of photography together.”

patxoxo patxoxo wrote:
Holders of Free accounts will have until January 8th, 2019, to download any images over the new 1,000 limit—or switch to a Pro account. Flickr is offering a 30% discount off the first year if you upgrade to Pro before November 30th.

Christopher James wrote:
Ah, commercialisation. The death of every and any normally decent program or application. I think that there are so many of these good applications that just suffer from being taken over by a big company that just wants to make money off its capabilities. It's not bad that they want payment, but they do it in such a way that just kills the benefits of the program. It's tragic.
You must be logged in to comment.
Support Our Sponsors
Advertise With Us
Newsletter
Travel with us