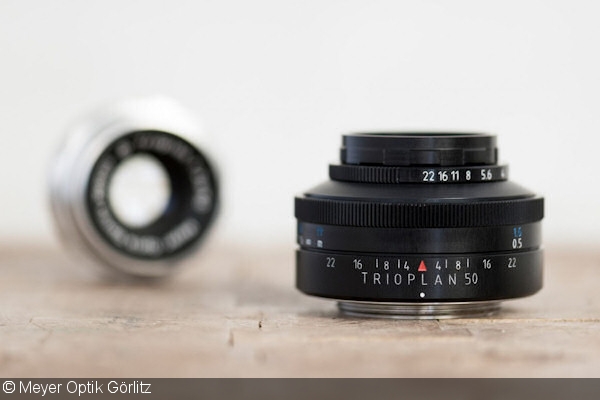 If the name “Trioplan 50” unleashes a comforting rush of endorphins, then this might be the news story for you. OPC Optics, the new owner of the storied Meyer Optik Görlitz brand, has announced that the company is “on schedule” to roll out the first in a series of “optimized” versions of the classic “soap bubble bokeh” lenses later this year.

The first offering will be the Trioplan 100 f/2.8 II, a revised version of the famed Trioplan 100 fast telephoto lens that is currently in the prototype phase. The Trioplan 50 will be next, followed by four more lenses—the Lydith 30, Primoplan 75, Primoplan 58, and Trioplan 35+—featuring “a complete redesign of the mechanics and outer geometry.” Of the new Trioplan 50 f/2.9 II, OPC Optics says it is aiming to achieve “a better haptic and a considerably improved imaging performance.”

The new-and-improved Meyer Optik is also planning to produce entirely new lenses, and their press release mentions a few details about the first new lens that “will probably be launched this year”: the Primagon 50. The f/2 lens has an “elaborately constructed design” and consists of 8 lenses in 6 groups—that’s all we’re getting right now. Technical details, mounts, price and release date have been promised.

It will be interesting to see how everything pans out. When the last owners of Meyer Optik, NetSE, filed for bankruptcy, the money raised from the crowdfunding campaigns to resurrect the brand’s legendary lenses also evaporated, so it’s safe to say that restoring consumer trust won’t happen overnight. Fortunately, OPC Optics is using traditional channels to sell its new lenses—no more Kickstarter/indiegogo debacles—so presumably it won’t be long before photographers get their hands on the real products.

And yes, in case you were wondering, that lovely bokeh does work underwater. Check out Enrico Somogyi’s DPG article, “Creative Underwater Photography with Swirls and Bubbles,” if you don’t believe us!