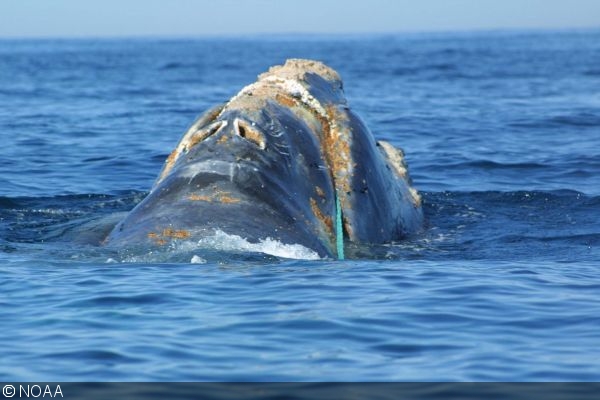 Traditionally, the whales spend four months in the Atlantic off the Florida and Georgia coast, but no new calves have been spotted during the season. The population of the North Atlantic right whales is already at a critical level, with only about 450 animals remaining.

“What I’m seeing and hearing now has me worried,” Barb Zoodsma of the National Marine Fisheries Service right whale recovery program told CNN. “I am hoping this is a blip.”

Read more about the plight of the North Atlantic right whale here.