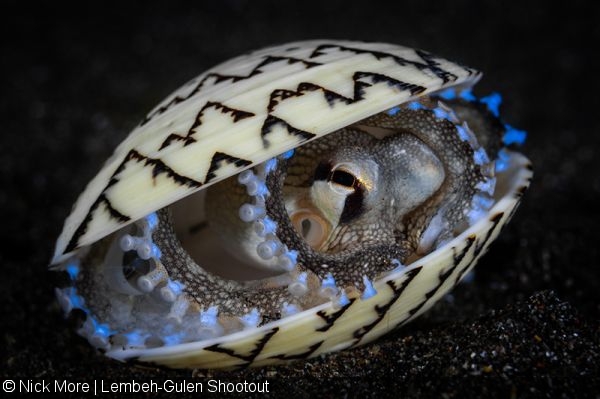 With second-round votes counted in the early hours of the morning, Team Lembeh have once again emerged category winners. Lembeh dominated the podium, with first place going to Nick More’s stunning coconut octopus in a shell. Second place went to Marteyne Van Well with her incredible close up of a mantis shrimp's eyes, and the third place spot was taken by Greg Sherman with his dramatic, back-lit seahorse.

Round 2—Fish and Invertebrates—saw a marked increase in the total number of votes cast compared to Round 1 and, with the middle of the leader board having a healthy number of Gulen participants, the Norwegian team may have lost two rounds, but they are narrowing the gap with their rivals. The winning resort will be the team with the highest number of votes (pro rata basis according to number of participants) so it’s entirely possible that Gulen could still win the shootout if they deliver on Wide Angle—reminiscent of Lembeh’s last round victory in 2016.

The highest placed images from Team Gulen in Round 2 were in 4th and 5th position and were taken by Galice Hoarau (jellyfish) and Dag Leslie Hansen (fish portrait), respectively. Lembeh again occupied the 6th and 7th place spots with Taner Atilgan’s hairy frogfish and Kellda Centeno’s cardinalfish. 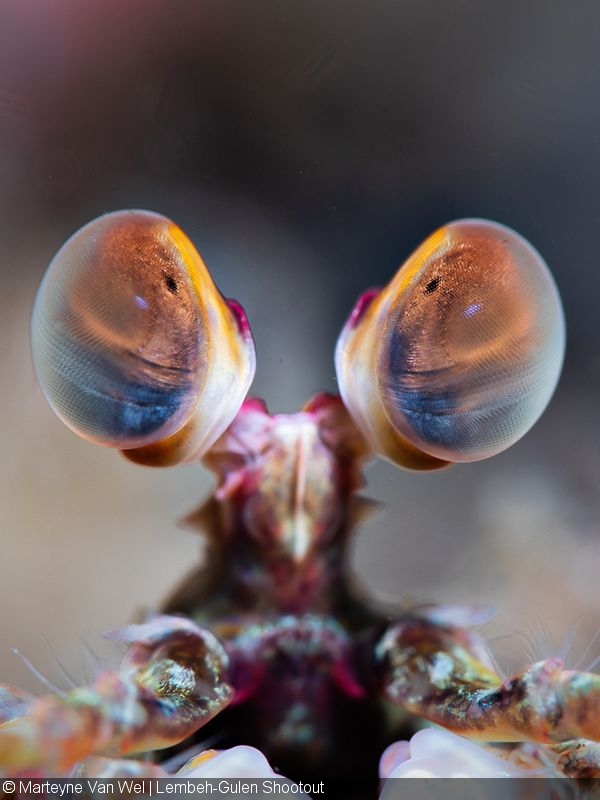 The Wide Angle round is a new addition to this year’s shootout and could be the round that sees Gulen rise to the top. Norway’s clear waters, wrecks, and kelps forests (usually) make it an iconic wide-angle destination. However, Team Gulen have been battling the elements as well as Team Lembeh and early reports from Team Leader Keri Wilk describe rains and limited visibility ranging from 1–3 meters at some sites, and the decision has been made to stay close to home rather than head for Norway’s wrecks with no guarantee of good shooting conditions.

Lembeh’s Team Leader, Alex Mustard, is keen to capture a diverse range of shots from the Lembeh Strait and has chosen a wide spread of dive sites ranging from Angel’s Window and California Dreaming in the North, Batu Angus for its mangrove canopies, through to muck diving classics including Rojos. Team Lembeh will be looking at reefscapes and some of Lembeh’s larger critters such as coconut octopus and giant frogfish for close-focus wide-angle shots. Other possibilities for Lembeh include the swim-through at Angel’s Window, soft corals at California Dreaming, and yesterday’s practice day revealed several magnificent anemones with clownfish—always crowd-pleasers! However, the Lembeh Team also woke up to gray skies following a night of storms, so poor visibility and a lack of sunlight are additional hurdles for the team in Indonesia to overcome.

One thing is abundantly clear at this stage: Both teams have less-than-optimum conditions going into the final round, so this is a going to go down to the wire, and the overall winning resort stakes are still hanging very much in the balance. Both teams have everything to shoot for with not only the prestige of the title on the line but also some serious prizes up for grabs, including two liveaboard trips; several week-long dive-and-stay packages in Indonesia, Norway and the Philippines; dive gear and accessories; dive lights, solid silver jewelry; dive trips, vouchers; and more!

Vote for your favorite wide-angle image at: www.uwshootout.com. Check your regional voting times: 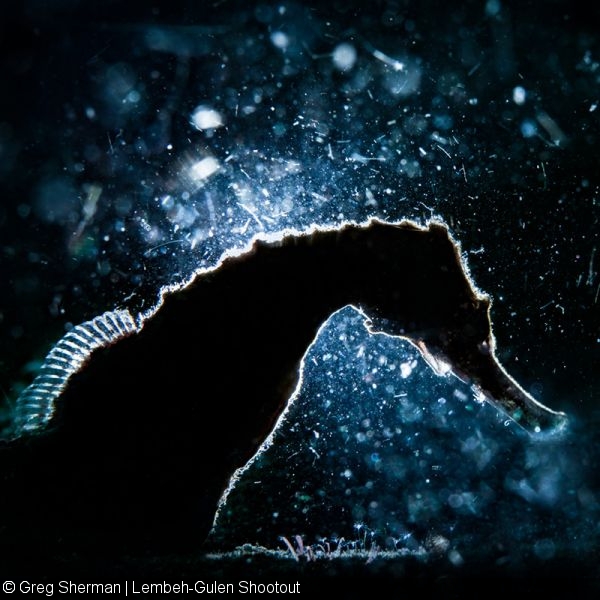 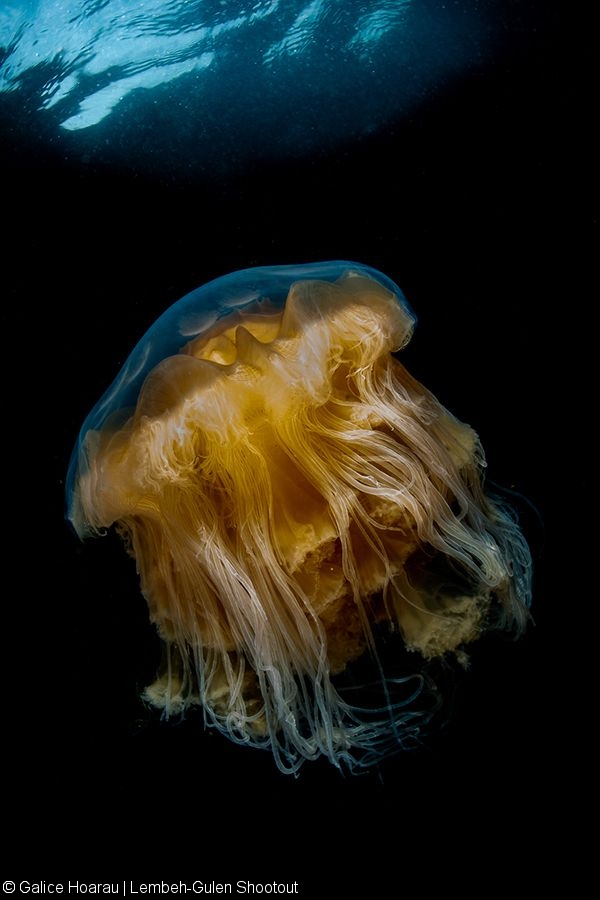 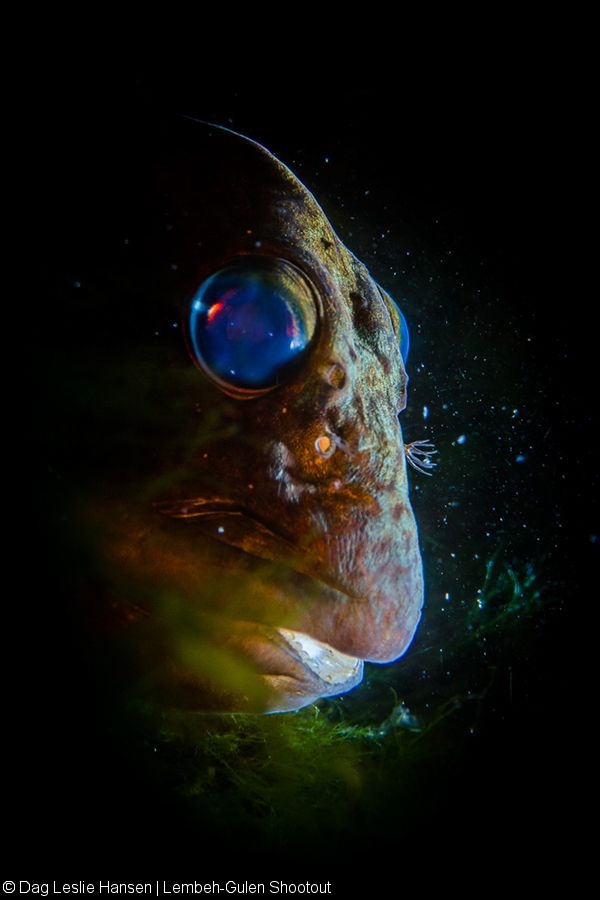