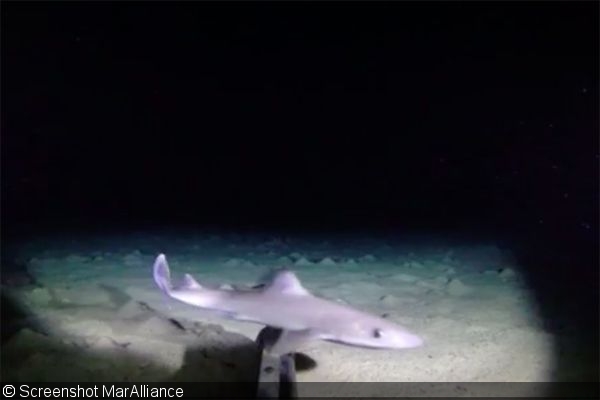 A new species of large-eyed, deep-dwelling shark has been named in honor of pioneering marine biologist Eugenie Clark. The newly identified species – with the scientific name of Squalus clarkae – lives in super-deep water in the Gulf of Mexico and the western Atlantic Ocean.

Known as “The Shark Lady,” Eugenie Clark passed away in 2015 at age 92. The posthumous naming of the shark species is a tribute to someone who paved the way for women in marine biology and oceanic studies. It seems only fitting that the research to identify the new species is in the similar vein of much of Dr. Clark’s work—seeking to bring light to the many unknowns of our ocean’s sharks.

"This type of research is essential to the conservation and management of sharks," Mariah Pfleger, lead author and marine scientist at Oceana said in a statement. "The first step to successfully conserving these species that live in deeper waters, like Genie's dogfish, is finding out what is down there in the first place."

Read more about the new species in this article from LiveScience.com.