Although not sporting any new upcoming products, Amphibico has been in-market with an innovative and strong product line including the first flexible option of an HD monitor installed on the housing back or as a top mounted display, and the housing that gives all others housing-envy - the cinema production grade Sony HDW-F900 HDCAM. 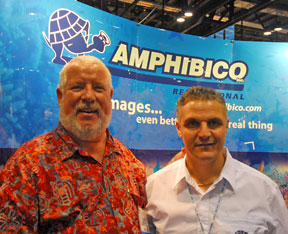 Ron Hand and Joe Brendahan were telling us about the growing influence of underwater imagery at the Jackson Hole Film Festival, one of the largest wildlife film festivals in the country. You might see DivePhotoGuide coverage from the festival in 2008.

Ron also informed us that Amphibico recently raised over $6,000 for Save Our Leatherbeacks Operation through the sale of these spiffy turtle shirts you see Ron modeling for us. Kudos! 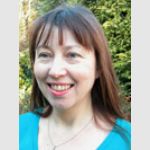