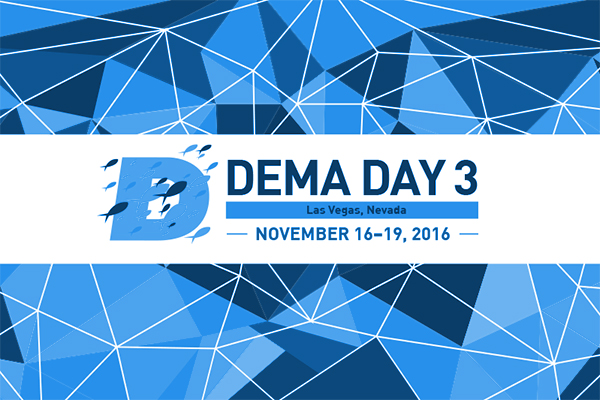 Still a bit weary eyed from the awesome Underwater Imaging Party hosted by DPG and Wetpixel, we hit the show floor to continue our coverage. In case you’ve missed out on the party highlights or previous coverage, check out the DPG DEMA 2016 homepage.

And now for something completely different…

Before getting into Subal’s housings for the typical cameras on the market, we want to share with you something a bit different. Two words you don’t hear often together: Leica and underwater. For a few reasons—some reasonable and some not—Leica hasn’t taken hold in the underwater photography world. Subal’s new housings might change that.

Subal is making housings for the Leica M, Leica Q and Leica SL. The housings for the Q and M mimic in appearance the camera itself, which is quite “sexy.” These housing might be more for collectors than hard-core underwater photographers, but they are worth a look at: Here are some photos. 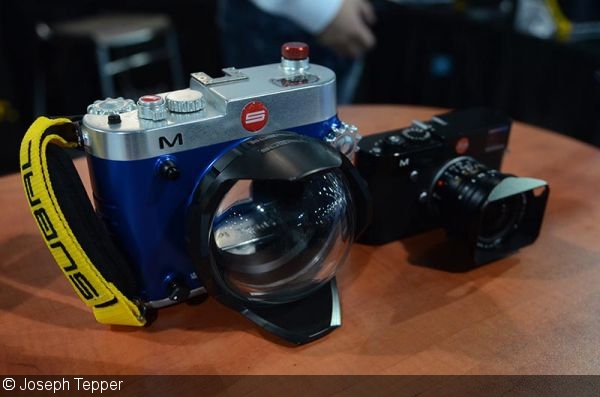 The Subal housing for the Leica M might be worth purchasing in its own right, without the camera—it’s so cool looking! 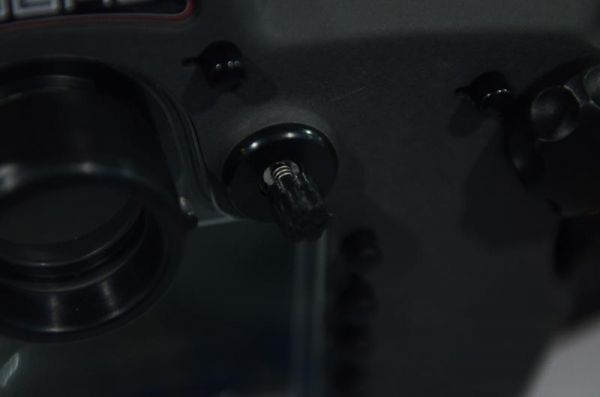 Ok, back to the binary world of Canon and Nikon. Subal is offering a housing for the Canon 5D Mark IV. It can be paired with a 30-degree prism for videographers. Ergonomic improvements include an extension for the “set button.” 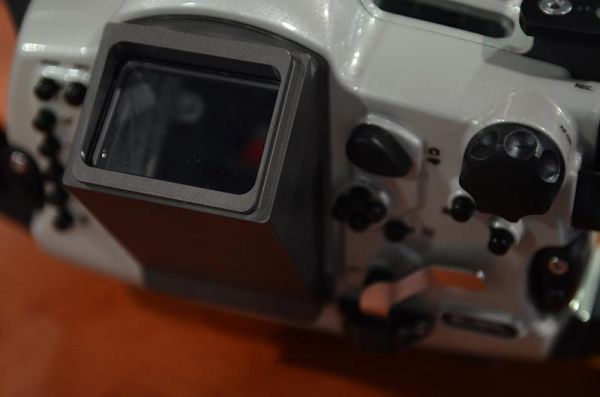 The angled prism viewfinder is a great choice for videographers

Subal is also shipping their housing for the Nikon D500. It features the new push lock system, which is far easier to operate without compromising the security of the housing. Emphasis on ergonomics comes in the form of an ISO button within thumb’s reach—useful for videography—and there’s also the inclusion of the vacuum seal bulkhead. This will be on all major Subal housings going forward. 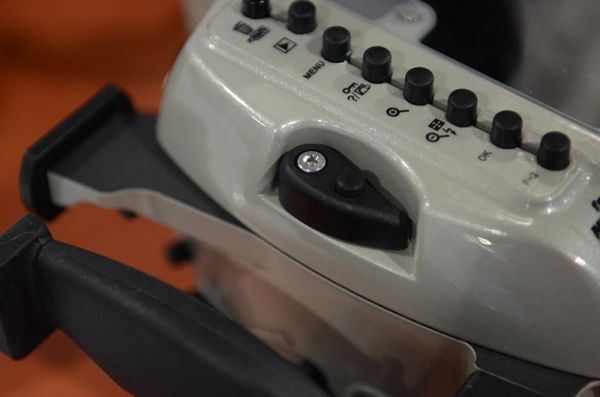 Here's a close up look at Subal's simplified lock system, which requires less effort to open the latches 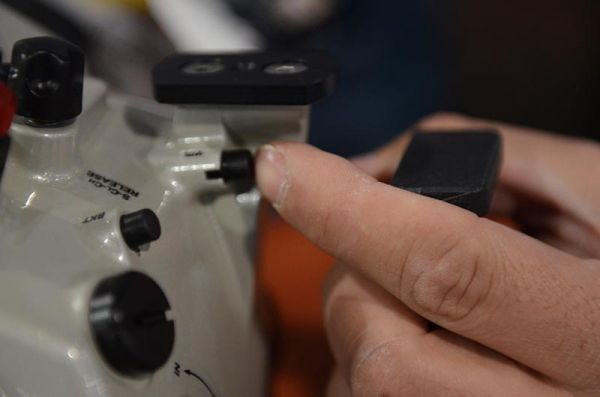 An example of ergonomic-minded design: The ISO button on the D500 is located within finger’s reach on the Subal housing

We also got a hand’s-on look at the Subal housing for the Sony A7 II cameras. It features a new port design that accommodates Nikonos lenses with the use of an adaptor. This is especially popular with the Nikonos 15mm. 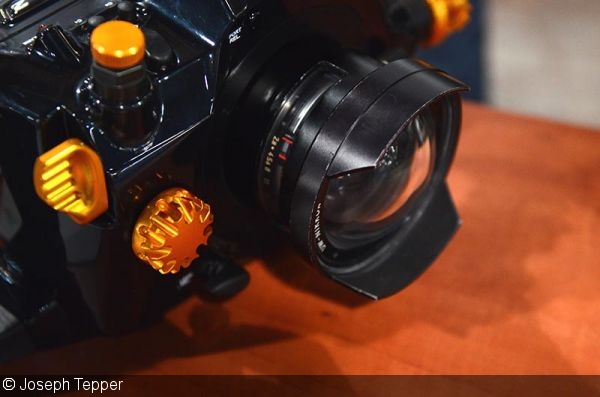 Want to mount the ol' Nikonos 15mm to a modern camera? You can do that with the Subal configuration

i-DiveSite’s SS2 system is really a two-in-one item: It is both a strobe and a video light rolled into one. The strobe part of the system features a guide number of 32, improved from 25 in the first version. It comes standard with a 2,000-lumen video light, but this can be increased to 4,000 lumens in an upcoming model. What’s also new with the SS2 strobe is the option to have the video light automatically turn off when the strobe fires.

In terms of a dedicated strobe light, i-DiveSite is rolling out a new line of compact, prosumer lights with the BS30. It’s a highly compact, 3,000-lumen light with a flattened battery that’s easier to replace. 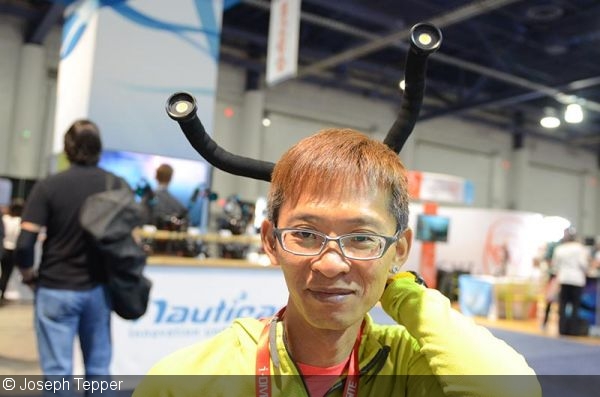 Finally, there’s something we are callin “Bunny Ears”—essentially a dual LED light system that looks like—well—bunny ears. You can use them as is or add dual snoots if you really want to get creative. 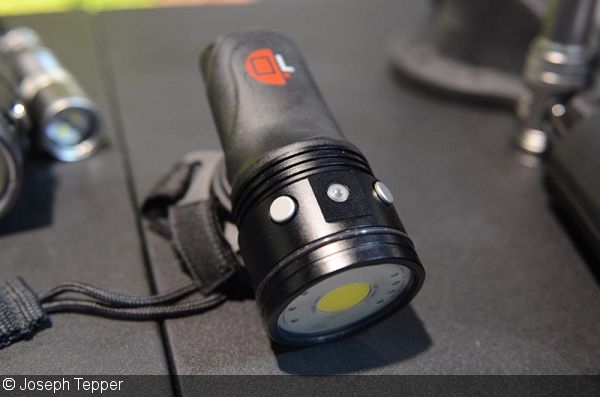 With a COB arrangement, the new i-DiveSite BS30 provides an impressive 3,000-lumen output in a compact form 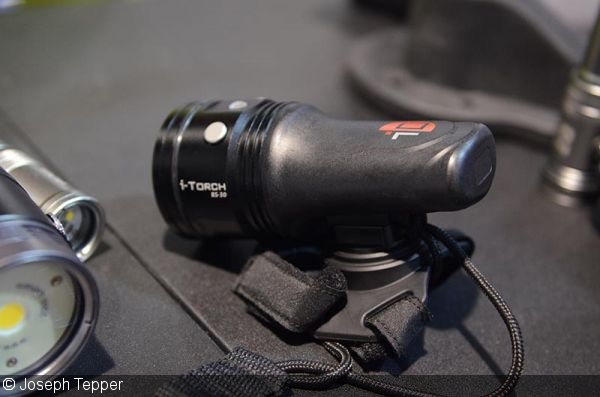 The i-DiveSite BS30 is now shipping

The BS housing for the Leica SL accommodates the versatile 24–90mm lens. The housing is indeed as light as you can imagine, and connects to strobes with a Nikonos V bulkhead. 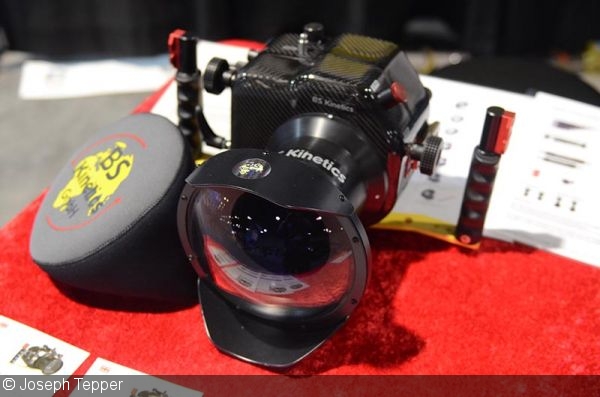 They also showed us a new housing for the JVC HM170/200, one of the few consumer camcorders offering 4K (at 30fps) internal recording. Keldan will soon offer a 3.5-inch high-res monitor to be paired with this and other camcorder housings. It’s currently a prototype, but will be shipping within a few months. 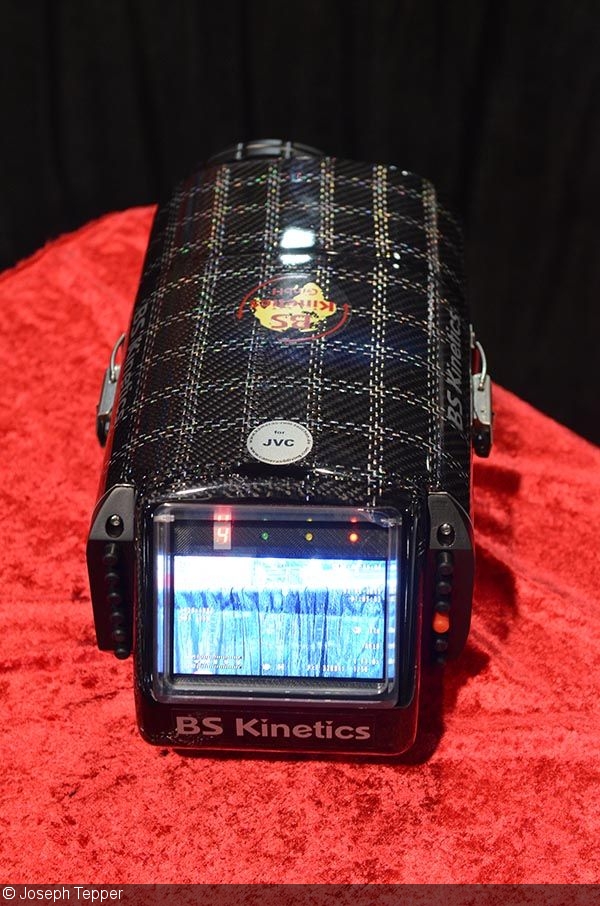 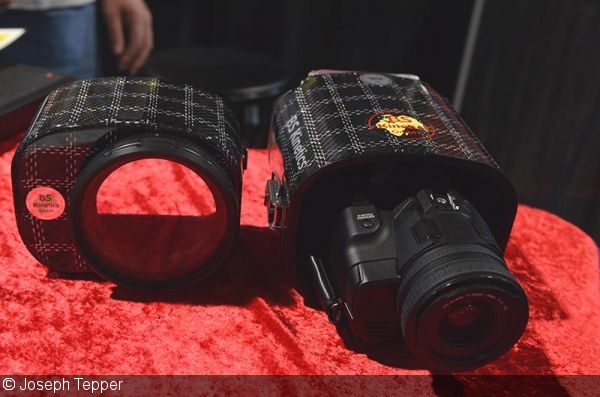 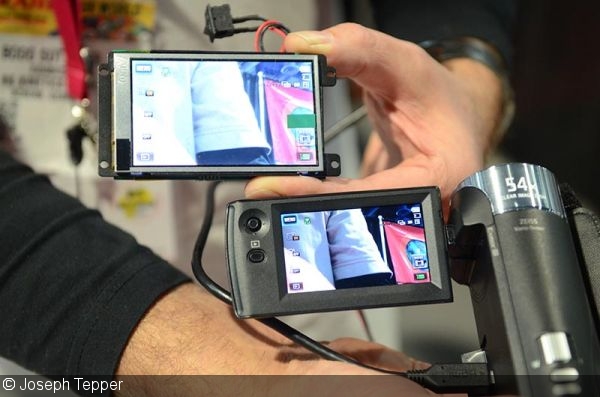 XIT 404 is one of those accessory brands that always has something nifty. In this case, this is what is on the horizon: a rail system for underwater time-lapse. It’s still in the planning stage, but could definitely be something fun to play with.

At the booth, they did have on display some of their zoom gears for mirrorless cameras. XIT 404 specializes in producing rings and configurations that bigger housing companies don’t always accommodate. 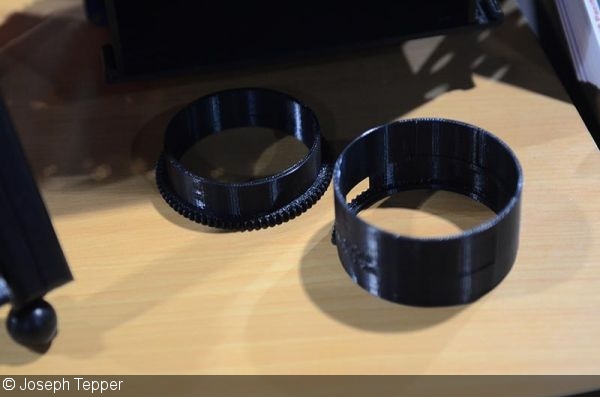 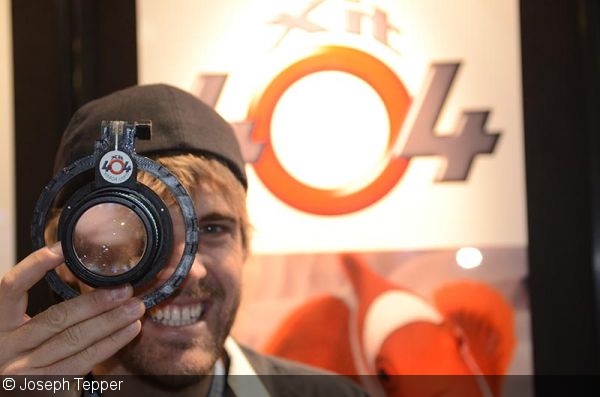 Time to turn up the lumens at the Light and Motion booth. At the bright end of the spectrum, Sola is offering the Pro9600 (9,600 lumens) at the same price as the previous model. It runs for 50 minutes on full power and features a 90-degree beam angle. 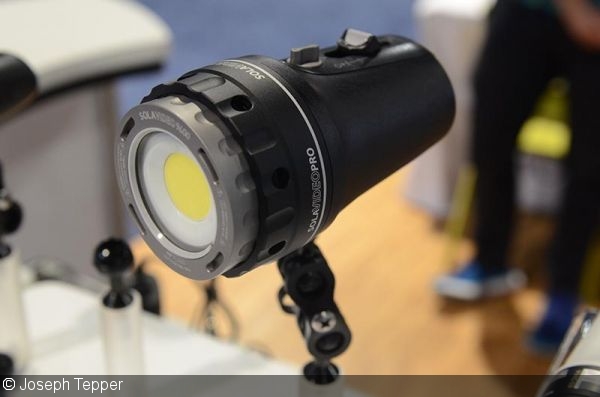 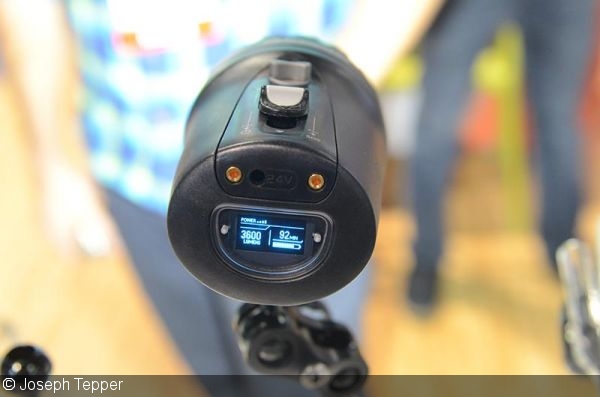 A slightly smaller step down, for the more casual videographer, is the new Sola 3800. On one of the 3800s at the booth, we spied a different accessory: the dome port. This has the dual impact of increasing the beam angle 20 percent (90–105 degrees) and softening the light. It is currently available for the Sola 3800 and will soon be available for the Sola 9600. 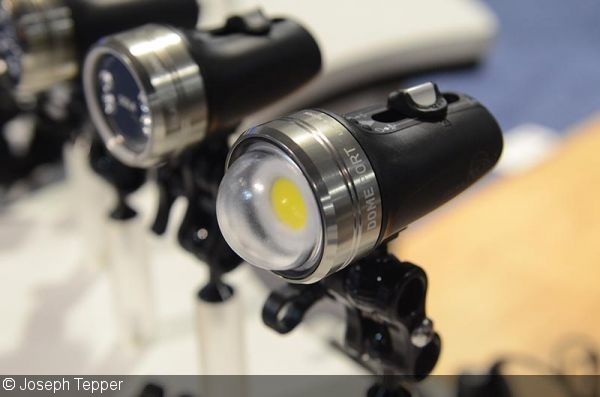 The dome accessory not only increases the beam angle, but also softens the light

A complete look at the Light & Motion lineup, which includes the Photo 800 (a popular focus light for still shooters)

Easily the most colorful booth on the DEMA show floor, Acquapazza makes housings in a rainbow of colors. But beyond all of the housings in red and yellow and green and brown and blue, Acquapazza is dedicated to simple solutions to make things easier.

An example of this is including extra space above the camera body inside the Sony A7 Mark II housing. If you’re shooting stills, this can be used to insert the Sony flash onto the hot shoe. Alternatively, if you’re more of a video person, there’s enough space to connect an external battery pack for up to five charges. 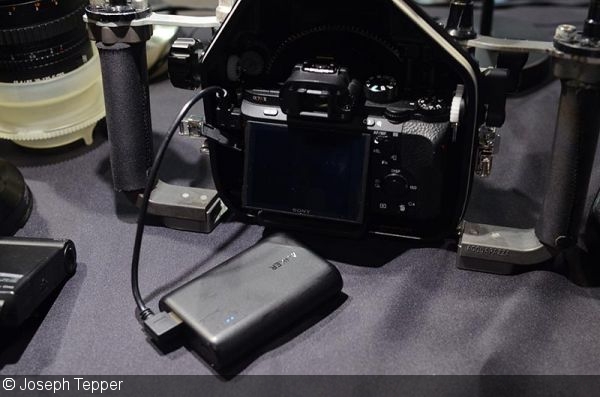 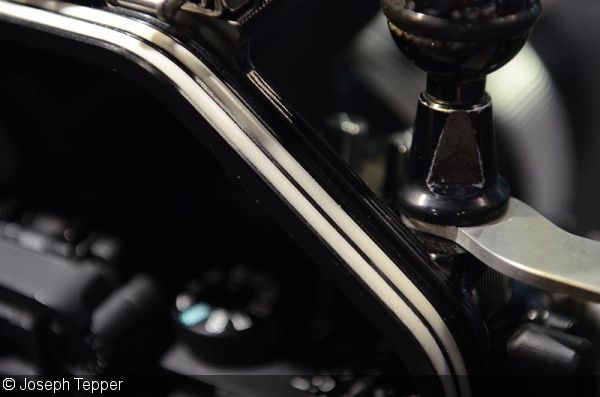 Acquapazza is also providing housings for the Sony A6300, and apparently it’s one of their most popular. We learned the company intends to produce a housing for the recently released Sony A6500. 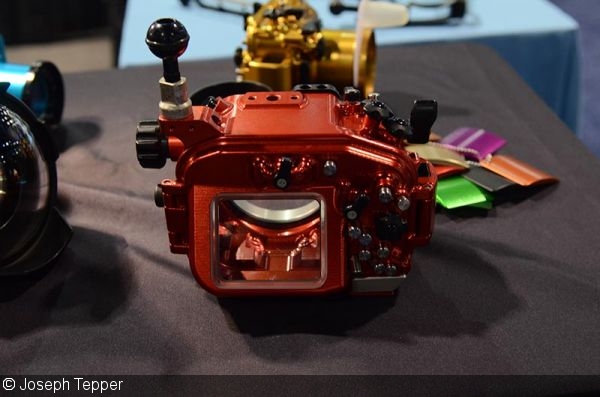 The Acquapazza housing for Sony’s A6300 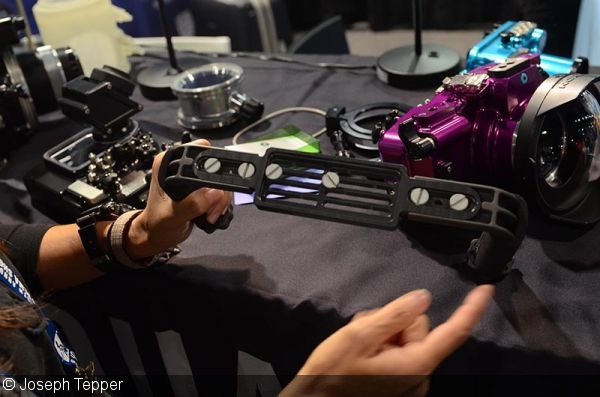 Acquapazza is now offering trays to complement their housings

Francis Seguy wrote:
Great
You must be logged in to comment.
Support Our Sponsors
Advertise With Us
Newsletter
Travel with us