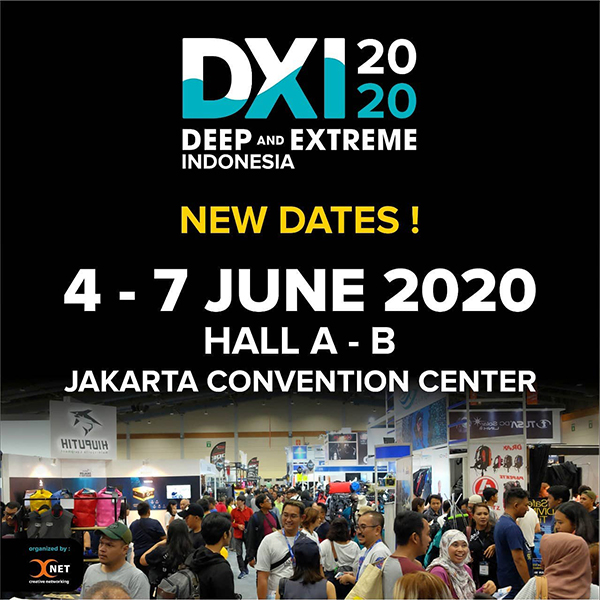 As concerns about the spread of the new coronavirus intensify, the organizers of this year’s DEEP and EXTREME Indonesia (DXI 2020) have decided to postpone the show. The move comes following the Jakarta City Government’s announcement that it will not issue permits for large gatherings for the foreseeable future because of the dangers of transmission of the SARS-CoV-2 virus.

Due to be held from April 2–5 at the Jakarta Convention Center, the 14th edition of DXI has been rescheduled to June 4–7. The Indonesia Coffee Exhibition 2020 (INCOFEX 2020), which runs alongside DXI, is similarly postponed.

The announcement doesn’t affect the DEEP Indonesia Photography Competition, which is one half of the Underwater Competition Series. Submissions to the contest have just closed and the judges have begun their deliberations. Winners will be announced on DPG and Wetpixel, and the organizers of the show are still planning to exhibited the winning images.

Last month, the organizers of the Asia Dive Expo (ADEX) announced the postponement of the Singapore show to May 29–31.