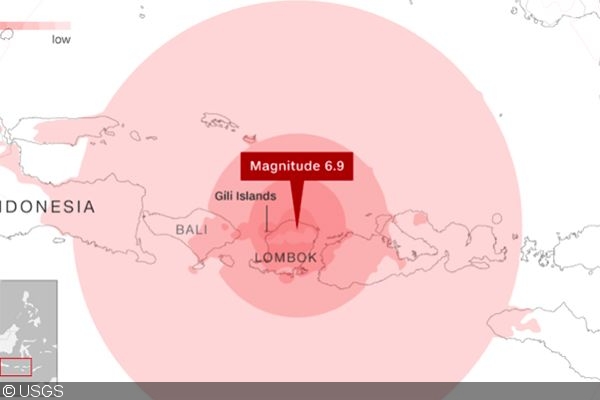 Tourists in Indonesia—many of which are divers—are facing uncertainty and disruption in travel plans after a deadly earthquake struck the island of Lombok on Sunday. The 6.9 magnitude earthquake has killed at least 98 people and displaced more than 20,000.

While the earthquake originated in Lombok, the impacts were felt from near and far, including on the popular hub of Bali. So far, roughly 2,700 tourists have been evacuated from Lombok’s famed Gili Islands, according to authorities.

The airports in Bali and Lombok are both up and running, which has helped to facilitate needed evacuations. Our thoughts are with the Indonesians dealing with the earthquake and the divers traveling through the amazing country at this time.