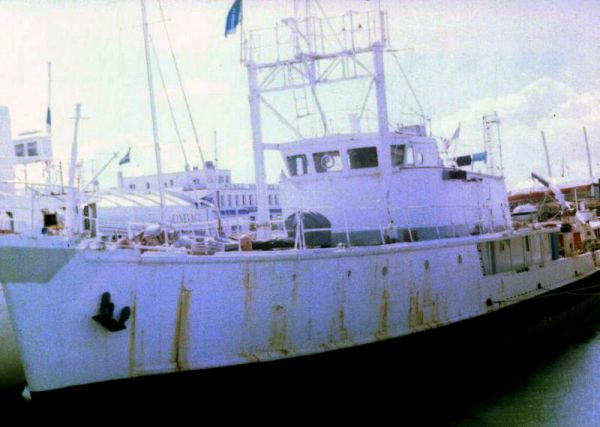 If you fantasized as a kid (or adult) of boarding the Cousteau Society’s famed Calypso vessel, but were saddened to learn it’s been out of commission for two decades—you might need a pinch to know you’re not dreaming.

This week, the Cousteau Society announced plans to restore the famous research vessel, which once served as a floating beacon for marine science. For twenty years, however, the ship has rested in a French shipyard following an accident in Singapore resulting in its sinking.

A group has agreed to partner with the Cousteau society in the efforts to have the vessel ship shape to once again sail the Mediterranean within 18 months. This comes after a drawn out debate about what to with the ship. In 2014, a French court ordedered the remove Calypso from the shipyard and pay nearly half a million dollars in repairs or face further fines.

With ideas of making the ship a stationary laboratory or floating museum, it does seem fitting that the ship will resume its duties as a harbinger of marine research.

“I’m particularly happy to announce this news after a 20-year fight against adversity and twists of fate,” said Francine Cousteau, the president of the Cousteau society said. “When the Calypso returns to the Mediterranean, it will be navigable and running on its own engines, as captain Cousteau wished.”

More information can be found on the Cousteau society website.