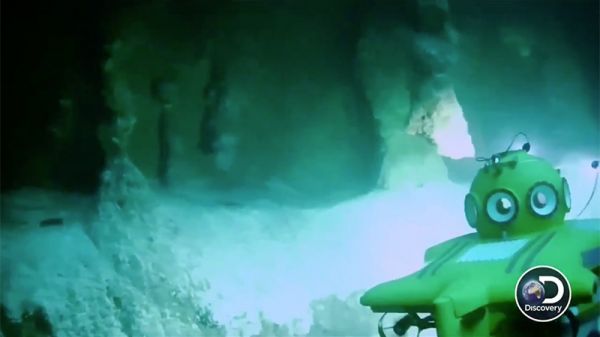 Ocean legend Jacques-Yves Cousteau put the Blue Hole on the dive map when he explored the world’s largest sinkhole in 1971. Now his grandson, Fabien Cousteau, and philanthropist and ocean advocate Richard Branson, have returned to Belize to descend once again—this time with the world watching during a live event on Sunday, December 2 on Discovery Channel.

Aquatica Submarines and their partner, the Roatan Institute of Deepsea Exploration (RIDE), deployed their submersibles—Stingray 500 and Idabel, respectively—with Branson and Cousteau in the former along with Aquatica Submarines’ chief pilot Erika Bergman. The Blue Hole has never been mapped or plotted, and what lies at the bottom remains a mystery.

The descent into the 410-feet-deep Blue Hole is the first mission in a two-week project to dive and map the site. The aim is for the data collected to help construct models of the Blue Hole’s geographical features in an effort to understand how sea level changes affected its formation. Around 100,000 years ago, the natural wonder was a network of caverns, complete with stalagmites and stalactites, sitting above sea level, but rising sea levels eventually flooded the structure, leading to its collapse and the formation of the giant sinkhole it is today.

Check out a clip of the dive posted to Discovery’s Facebook page, below: