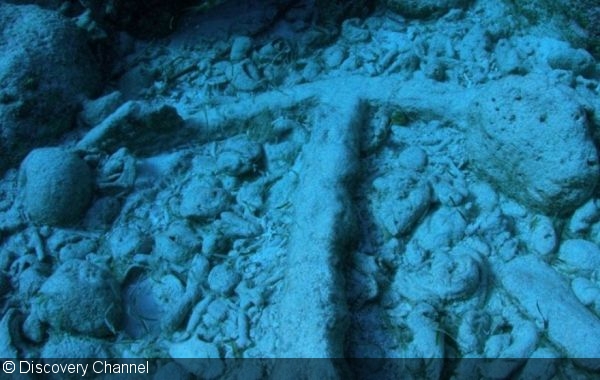 Researchers have used a map of the ocean floor taken from space to discover a 15th-century anchor believed to have originated on one of Christopher Columbus’ ships.

Discovered in the Turks and Caicos, the anchor is dated between 1492 and 1550 and likely came from a 300-ton vessel based on its size. The find was documented for a Discovery Channel mini-series called “Cooper’s Treasure.”

The show’s namesake is a tip of the cap to the man who made it all possible decades ago. NASA astronaut Gordon Cooper created the map to identify Cold War nuclear threats—but now it’s finding hidden treasures in the form of centuries-old wrecks.

“That anchor is from Christopher Columbus,” says Darrell Miklos, a member of the discovery expedition, in a clip from Tuesday’s show. “I am telling you, stick around, this is just the beginning of an amazing story.”