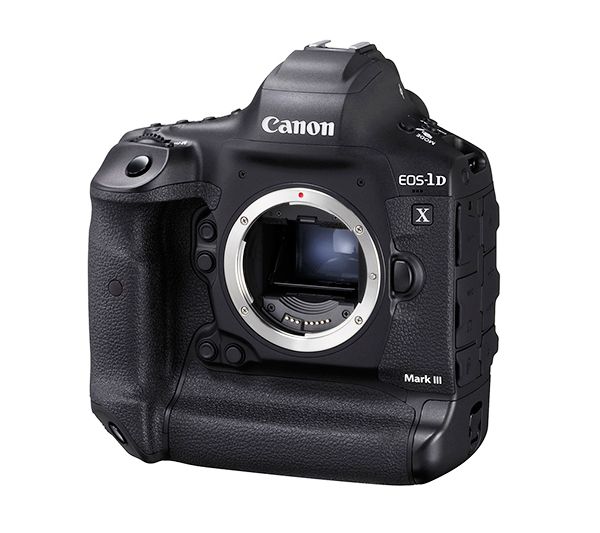 Right on cue, just ahead of the Tokyo Olympic Games, Canon has lifted the lid on its new flagship DSLR—the EOS-1D X Mark III—and the spec sheet will make even the most hardened mirrorless fans weep.

Housed in a very similar body to the Mark II—though with backlit buttons!—the new camera is built around the new Digic X processor and a new 20-megapixel CMOS sensor with a “high-detail” low-pass filter, plus a Digic 8 processor dedicated to autofocus and metering through the viewfinder. The Mark III offers a 191-point AF system with 155 cross-type points, and the new AF detectors’ two-dimensional pixel arrays allow for improved autofocus accuracy, especially with low-contrast subjects. Plus, you won’t need to worry about the continuous shooting buffer slowing things down: With the dual CFexpress card slots, you can shoot 16fps (20fps in live view) in RAW+JPEG for 1,000 shots or more.

Among the other goodies on offer in the Mark III: the ability to capture 10-bit HDR photos in the HEIF format, impressive battery life of 2,850 shots with the viewfinder or 610 in live view, gigabit ethernet port, Wi-Fi, Bluetooth and GPS.

All this tech will set you back $6,500 when you get your hands on the camera in mid-February. 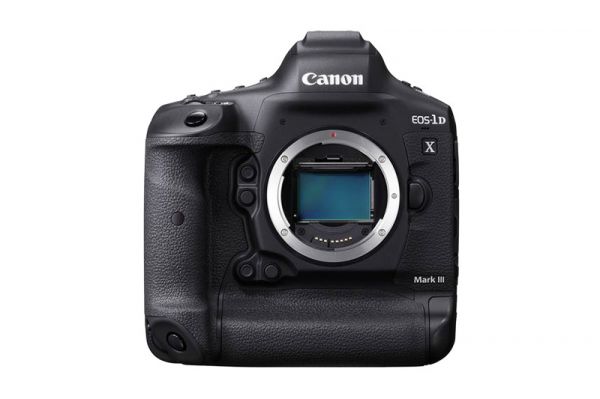 “When engineering and designing the new flagship camera, Canon’s top priority was collecting and implementing extensive user-feedback from a variety of professionals,” said Kazuto Ogawa, president and chief operating officer, Canon U.S.A., Inc. “In the end, the outcome is at first glance a familiar tool, but in reality, so much more; a camera unlike anything the company has introduced before. Canon is eagerly waiting to see what timeless memories professional image makers capture with this new camera.”

At the camera’s core is Canon’s newly developed 20.1 megapixel full-frame CMOS sensor, a High Detail Low-Pass Filter and the DIGIC X image processor. These features will help to provide professional photographers with a fast and powerful tool to capture images with a greater level of resolution, higher sensitivity, reduced moiré and improved image quality in higher ISO ranges with reduced noise. Utilizing a single DIGIC X image processor and a DIGIC 8 dedicated for AF/AE the camera's image processing performance far exceeds and surpasses that of its predecessor, all while reducing power consumption. The DIGIC X is capable of up to approximately 3.1 times the image processing and 380 times Dual CMOS AF processing performance compared to the dual DIGIC 6+ found in the EOS-1D X Mark II. The new powerful image processor also allows for an ISO range of 100-102,400 (expandable up to 50-819,200), providing users with higher clarity images and quality in various shooting situations. 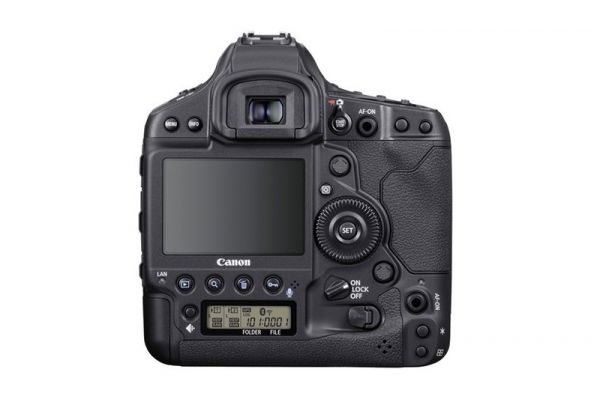 The EOS-1D X Mark III camera also provides users with equally impressive video features, with the ability to internally record 5.5K RAW video and uncropped 4K 60p derived from the original 5.5K readout in Canon Log with 10-bit 4:2:2. Canon Log allows users to record 4K and 1080p video files with up to 12 stops of High Dynamic Range and wide exposure latitude, making it simple to coordinate color settings with other Canon cameras in multi-camera set-ups. It’s ideally suited to help streamline and provide greater creative freedom during the extensive post-production processing. In addition, the camera’s HDMI terminal can be used to transmit 4K 60p data to another device for display or external recording.

When developing the EOS-1D X Mark III, Canon put a heavy emphasis on designing and installing a completely overhauled and comprehensive Auto Focus system for the user with the need for speed. The new 191-point AF system with 155-point all cross-type points helps users to quickly and smoothly track a subject and maintain a level of focusing accuracy during a variety of shooting situations such as tracking a motorcar circling around the race track or a leopard bolting across the plains. Canon has redesigned the AF sensor incorporating a new square pixel design based on an image sensor, essentially making the AF sensor 28x higher resolution at the center area. 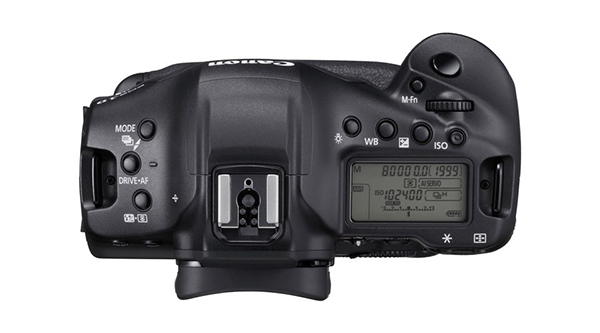 Using the traditional optical viewfinder, the camera has the ability to capture up to an extraordinary 16 fps with reduced time lag and image blackout. Reducing lag and image blackout greatly increases a photographer's ability to track moving subjects and never miss a shot. Regardless of the method of shooting through the OVF or LCD, the EOS-1D X Mark III can shoot over 1000 images in a burst using the dual CFexpress cards.

To support the needs of top professionals, the camera’s communications functions have been greatly enhanced. Incorporating a dedicated Network tab in the menu, the photographer can much more easily set up network functions such as connections via built-in gigabit Ethernet, Wi-Fi®connectivity, Bluetooth connectivity and destinations such as FTP servers, EOS Utility, or Browser Remote[iii] functions. It will even support encrypted network authentication for advanced network users. 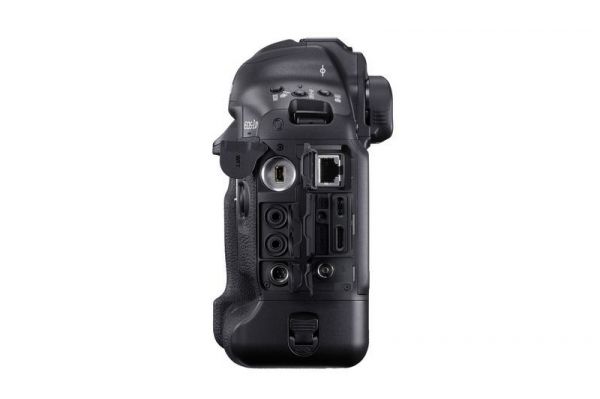 Thoughts from the First Users

“I can't say enough good things about how well the EOS-1D X Mark III camera performed on so many levels. The new AF system is a game-changer for me, I was totally blown away by how well it performed in various situations, including very low-light levels,” said wildlife photographer and Canon Explorer of Light Adam Jones. “The ability to move the AF point quickly with the new sensor-based AF button was simply amazing; the focus followed the subject like nothing before. As a wildlife photographer, I never dreamed we would have a camera that could follow focus on fast-flying snow geese using a super-telephoto lens with 1.4x and 2x converters - but with the new camera here we are!”

“My job is to travel the world to photograph automobile racing and car culture in the harshest conditions imaginable. Racetracks, salt flats, sand dunes, frozen lakes, you name it, I photograph all things four wheels. That is why I need a camera that works as hard as we do,” said automotive photographer Larry Chen. “I started my professional career on the EOS-1D series of bodies, and I’ve had several over the years with over one million images captured. The EOS-1D X Mark III really is the next generation of professional cameras in a familiar package, the first words out of my mouth after shooting with it were ‘There are no more excuses, to miss a shot!’ I can't wait to use it for the 2020 racing season!” 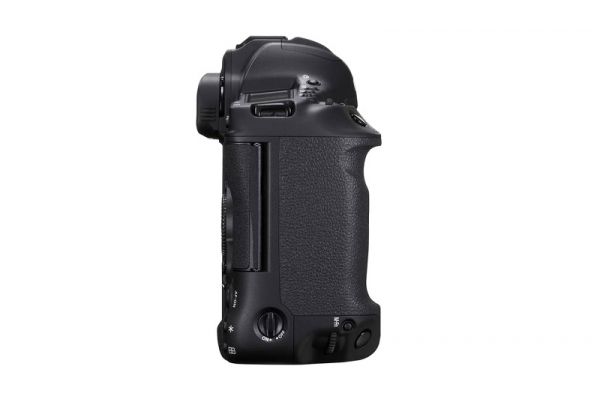 The Canon EOS-1D X Mark III DSLR camera body and WFT-E9 wireless file transmitter are both scheduled to be available in mid-February 2020 for an estimated retail price of $6,499.00 and $649.99, respectively*. For more information, please visit, cusa.canon.com.

[i] Camera’s ISO range expandable for still image shooting only.
[ii] Available AF positions may decrease when shooting with AF cropping or in movie mode, or depending on camera settings or lens attached.
[iii] Browser Remote will be supported through firmware update after shipping.
[iv] Compatible with iOS® versions 9.3/10.3/11.2-11.4/12.2/13.2, Android™ smartphone and tablet versions 5.0/5.1/6.0/7.0/7.1/8.0/8.1/9.0/10.0. Data charges may apply with the download of the free Canon Camera Connect app. This app helps enable you to upload images to social. Please note that image files may contain personally identifiable information that may implicate privacy laws. Canon disclaims and has no responsibility for your use of such images. Canon does not obtain, collect or use such images or any information included in such images through this app.
[v] Compatible with select smartphone and tablet devices (Android™ version 5.0 or later and the following iOS® devices: iPhone 4s or later, Pod Touch 5th gen. or later) equipped with Bluetooth® version 4.1 or later and the Camera Connect App Ver. 2.5.10. This application is not guaranteed to operate on all listed devices, even if minimum requirements are met.
[vi] in certain countries and regions, the use of GPS may be restricted. Therefore be sure to use GPS in accordance with the laws and regulations of your country or region. Be particularly careful when traveling outside your home country. As a signal is received from GPS satellites, take sufficient measure when using in locations where the use of electronics are regulated.