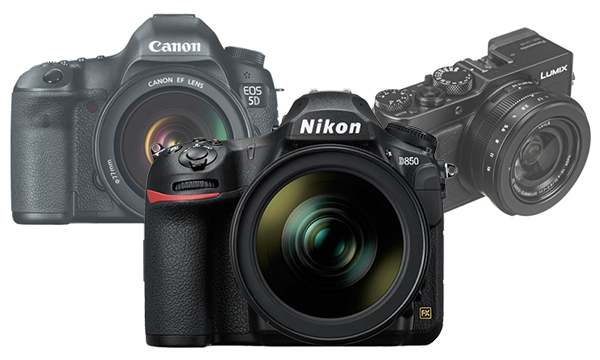 As reported by PetaPixel, Spanish photography site Photolari recently gathered all the data about the winning photos in the 2019 edition of the World Press Photo Contest, revealing some interesting statistics about the brands, systems, cameras, and sensor formats used.

In terms of brands, Canon was behind 46% of the winning photos compared to Nikon’s 37%. DSLRs were used to shoot 71% of the winners, while mirrorless only accounted for 4%. In terms of sensor size, full frame was far ahead with 73% compared to 11% for APS-C. And the top five tools of choice were the Canon 5D Mark IV, Canon 5D Mark III, Nikon D5, Canon 1DX Mark II, and Nikon D850.

Well, only naturally, we were inspired to do the same with the recently concluded DPG/Wetpixel Underwater Competition Series, which comprises the DEEP Indonesia Photo Competition and the Our World Underwater Photo/Video Competition. Analyzing this year’s 52 winners and honorable mentions, this is what we found:

Nikon came out tops with the brand representing almost half of the awarded images. Canon wasn’t too far behind with a little over one-third share. (Somebody used a Hasselblad?!)

Not unexpectedly, the vast majority of images—more than two-thirds—were shot with a DSLR. Perhaps more surprisingly, only 1 in 10 photos was captured with a mirrorless camera.

In terms of sensor size, full frame was the clear favorite for the Underwater Competition winners. Only about one-third of the cameras used had smaller sensors.

And which camera shot the most winning images, you ask? That would be the Nikon D850, which was used to photograph 10 of the winners, or 20%. Meanwhile, Canon’s 5D series took three of the spots in the top six.

So, there you have it: A full-frame DSLR called the Nikon D850 gets “Best of Show”! But before you rush out and spend your hard-earned cash on Nikon’s high-end DLSR, be sure to read our review to see if this really is the most appropriate camera for you. (Hint: It may not be!) And in case your gear lust is getting the better of you, keep in mind that the camera you use doesn’t matter quite as much as your photo-taking skills…