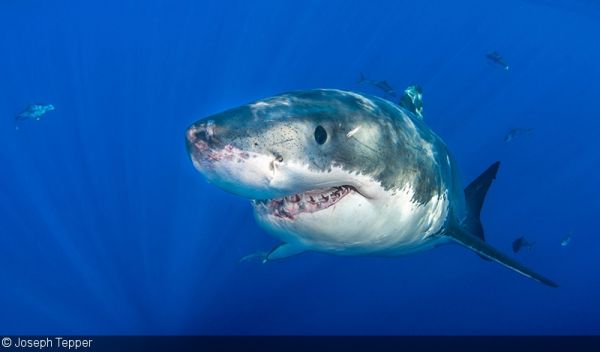 A bill aimed at providing more insight into the lives of California’s great white sharks has passed a first hurdle with a unanimous vote. The bill would shift more resources to scientists researching the sharks off the West Coast in hopes of making beaches safer as the great white population rebounds.

“For the last 10 to 15 years, we’ve seen an increase in the number of white sharks. We believe this comeback is connected to environmental protections that were established several decades ago,” said Long Beach State University Shark Lab director Chris Lowe. “The good news is that they are coming back. The tricky part is that we lack the tools to monitor them.”

Funds would be dispersed across a five-year span to various research groups along the coast. The hope is that the increased funding would allow for more expensive technologies such as smart tags, underwater robots, and DNA tests.

Apparently, the number of sharks in the area reached levels where researchers at the Shark Lab ran out of tags. The bill now moves to the state’s Appropriation Committee. Read more about the proposed legislature in this article from The Orange County Register.

Tyson Harold wrote:
I really would like to attempt look at your blog one day before! they just make people go and i kind of want to have that power, once again, amazing stuff! It is very useful information.Thanks for sharing here. I am glad to see this blog .I just appreciate you for that kind of effort. Thanks and keep posting some.Amazing article. I am so impressed. I think you have a great knowledge especially while dealings with such subjects.Education contain different task like essay, assignment, research paper writing and many of the students cannot complete their task successfully within the time. Feel free to surf https://essayacademia.com .

Cameron Robertson wrote:
I guess it's a good thing to see that the conservation efforts that people have been trying to fight for have been showing some good results. I just hope that it doesn't take near extinction of any other creature on the planet to realise that we need to do something for that poor species too...
You must be logged in to comment.
Support Our Sponsors
Advertise With Us
Newsletter
Travel with us