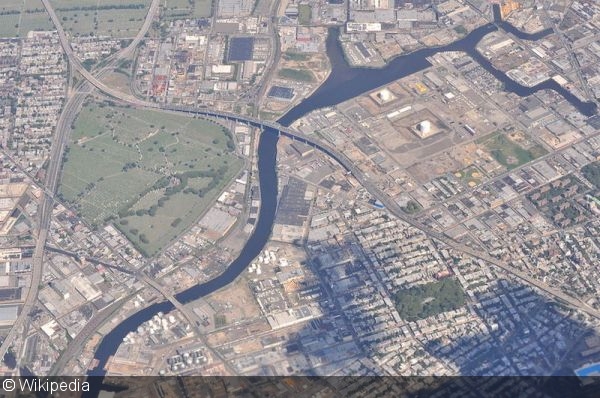 Gary and Sam Bencheghib, the founders of “Make a Change World,” strive to raise awareness about important causes around the world through the power of short videos and social media. Perhaps you heard of them raising awareness and government support to clean up Indonesia’s most polluted river: the Citarum? By creating a raft made out of plastic bottles and documenting their journey down the countries most polluted river, the Indonesian government was inspired to create a two-year plan to clean up the river! Now they have turned their attention to their own backyard: Brooklyn, New York.

Their latest video project, #BroCleanBKLN, was recently launched and entails the two brothers paddleboarding down Newtown Creek and Gowanus Canal to shed light on the pollution crises in New York. The eight-part video series will document the state of Newtown Creek and Gowanus Canal in Brooklyn—the most contaminated waterways in the U.S. In fact, Newtown Creek has been designated a Superfund site by the Environmental Protection Agency. The area is apparently the oldest operating industrial area in the country and was once home to the largest oil spill in American history.

By documenting the state of both waterways we can only hope for the same outcome they were rewarded within Indonesia. You can follow their journey on Facebook.