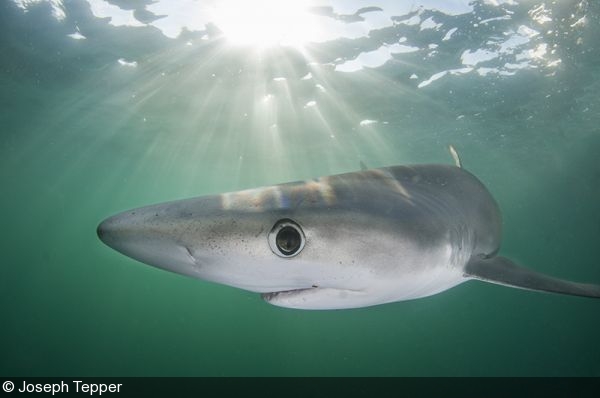 The next conference of the parties to the Convention on Migratory Species (CMS) will be reviewing a proposal put forward by Samoa and Sri Lanka to include blue sharks under Appendix II of the treaty. While the listing would be non-binding, it would bring the sharks one step closer to being included in the CITES Appendices, promising an end to the mass slaughter of these animals.

The blue shark is the central species in the shark fin industry, and greater protections would deal a severe blow to the trade. Up 60 to 80 per cent of fins consumed in Hong Kong come from blue sharks, according to the Hong Kong Marine Products Association. Merely ranked “Near Threatened” on the IUCN Red List, blue sharks are considered “sustainable sources” by the industry.

“A successful CMS listing is generally recognized as the setting of the stage for a legally binding CITES listing [...] [where] real power to strangle this immoral, unsustainable and often illegal trade lies,” said Alex Hofford, a campaigner for conservation group WildAid. “If we succeed in our fight to list blue sharks on CMS in October, it would put traders on notice that a storm is coming in 2019.” The next CITES meeting is in two years’ time.

The IUCN recognizes the assessment of the species’ status is out of date. Studies have shown the Mediterranean Sea populations are “critically endangered” while numbers in the North Pacific dropped by half between 1996 and 2009.

The 12th session of the Conference of the Parties to the Convention on the Conservation of Migratory Species of Wild Animals (CMS COP12) will be held in Manila, Philippines, from October 23 to 28.