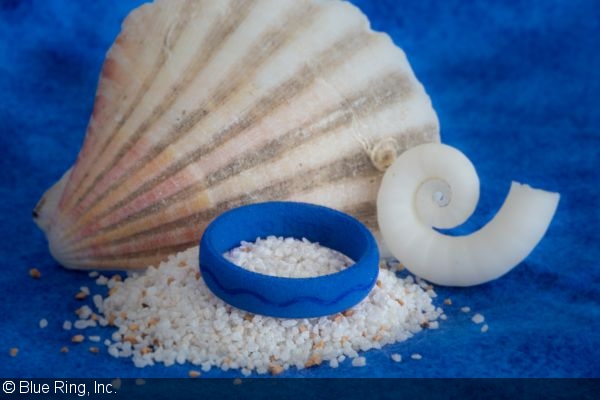 Ocean lovers around the world can now "mery" the ocean and support ocean conservation at the same time. Blue ring, Inc., a Benefit Corporation, officially launches June 8—World Oceans Day, in New York City with oceanographer, Dr. Sylvia Earle, officiating the wedding with everyone wearing blue. "Meriage" certificates and blue silicone wedding bands will be sent to adults that sign up, while children under the age of 18 can be adopted by the ocean—officially becoming "children of the sea."

Each year the participation cost will go to benefit one particular ocean initiative. Founder, Alexandra Rose, hopes to raise 5 million dollars in the first year for two 1000-meter, dual-classed submersibles for ocean research. In order to reach her goal, Rose, will need 200,000 people to "mery" the ocean. Participants may wish to renew their vows on their "oceanniversary" each year and support ongoing ocean conservation projects at the same time.

Their mission statement is: "The ocean gives us life. Without it there could be none. "No ocean, no life. No blue, no green." We pledge to respect, understand, and care for the ocean by funding ambitious water projects that safeguard our collective futures and the future of this beautiful blue marble we are lucky enough to call home. We are the voice. We are the voice of the ocean. And it's time for us to be loud."

Tune into ABC News today at 11am Central Time to hear more about the new company from the founder, Alexandra Rose.

Blue Ring, Inc. is a Benefit Corporation that will allow people to "marry" the ocean. Instead of using “marry” with the conventional spelling, it will instead be spelled “mery” because of its correlation with the root word “mer” meaning “sea”. Mery™ is be a trademarked word that will be closely used and associated with the Blue Ring brand to denote ones ongoing and committed relationship with the ocean. Participation will cost $25 and this will get you a digital "Meriage Certificate" along with a blue silicone ring to show off your commitment. For $10, people under the age of 18 can be "adopted" by the ocean and become "children of the sea". They will receive a pendant instead of a ring. Each year, the money raised will go towards funding a different ocean initiative in its entirety. The first goal is to raise $5 million for two 1000-meter, dual-classed submersibles built by Deep Ocean Exploration and Research (DOER). This will require 200,000 people to mery™ the ocean.

We will hold our annual global ocean commitment ceremony on World Ocean Day (June 8th) and Dr. Sylvia Earle, world renowned oceanographer and explorer, will officiate the wedding with everyone wearing blue. There will be a hub or central location where the main event will be held, and other auxiliary locations where similar events will be held at the same time around the world. I'd like to get a million people to mery™ the ocean the first year all at the same time. Our first event will occur 06/08/18. It will be televised, there will be a FaceBook "check in", and we will make this an international event. I want this to be a global phenomenon too big for anyone to ignore.

As for the money raised, everything above the target (in this case $5 million) will go back into operation costs including paying myself as well as PR, supporting materials, presentations, etc. and any additional surplus will be rolled over into the next years' project. Each year people can "renew their ocean vows" on their "oceanniversary" for $25 and their money will go towards funding the next big project. In this way, we will create a global network of people who love the ocean and want nothing more than to better understand it and protect it for future generations. Blue Ring will fund globally important ocean exploration and conservation projects through the collective power of small purchases. We can eventually turn it into a competition where people submit their ideas with a budget and we decide which project to fund each year.

Our vow/pledge/mission statement is: The ocean gives us life. Without it there could be none. "No ocean, no life. No blue, no green." We pledge to respect, understand, and care for the ocean by funding ambitious water projects that safeguard our collective futures and the future of this beautiful blue marble we are lucky enough to call home. We are the voice. We are the voice of the ocean. And it's time for us to be loud. 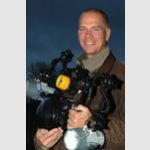