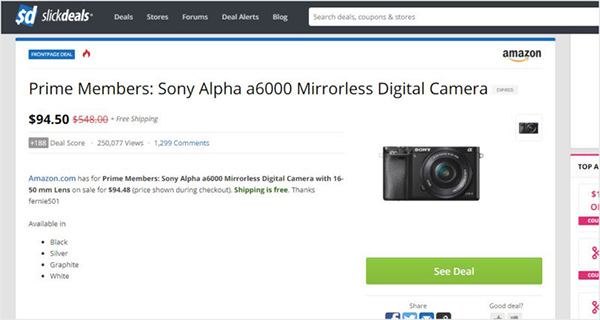 Photographers got excited when Amazon offered some great deals on camera gear for Prime Day, but a few savvy folks took advantage of a pricing slip-up to bag some crazy discounts.

In case you’re wondering, various members posted pictures of their newly acquired bargain gear, which in usual Amazon fashion arrived at lightning speed a day or two after placing the order. So it seems Amazon honored the purchases—or, at least, the gear shipped before they noticed the error.