Exactly a year ago, Backscatter officially announced the Mini Flash (MF-1) and Optical Snoot (OS-1), aiming to revolutionize underwater photography for macro shooters. As many of us discovered, the innovative strobe did indeed deliver—and then some—proving itself to be more than capable of tackling wide-angle scenes as well. Now, again just in time for the holidays, the company has returned with another product that aims to break new ground for videographers—the Backscatter Macro Wide 4300 video light. Compact like the Mini Flash, and with a similar design aesthetic, the video light is also compatible with Backscatter’s Optical Snoot and the company’s new Color Filter System for creative effects.

As the name suggests, the Macro Wide 4300 boasts a 4,300-lumen 85-degree wide beam (three power levels), providing adequate output for lighting wide-angle scenes, but the light also features a 1,400-lumen spot beam (five power levels) specially designed for shooting macro subjects. If you want an even tighter beam—with additional control over shape and orientation—the Optical Snoot can be easily snapped on, opening up snooting possibilities for filmmakers that have generally been limited to still photography. According to Backscatter, in macro mode, the beam is bright enough for an exposure of f/32, 1/125s at ISO 100, which is “perfect for 4K/60p video shooting while maintaining a 180-degree shutter angle, and eliminating ambient light—even in the daytime.”

Other features of the video light include a red mode with three power levels that can be used as a focus light when night diving, which avoids spooking skittish critters; an alert mode with a rapid pulsing flash; and a beacon mode with a selectable flashing pattern, including SOS. Three buttons on the top of the light give you control over modes and power levels, and there’s a tri-color LED to indicate battery level as well as an LED to show when the light is in macro mode. The Macro Wide 4300 uses two standard 21700 Nitecore NL2150HP li-ion batteries (supplied along with Nitecore charger), which go into the light’s fully sealed battery compartment, complete with double O-ring seal battery cap. 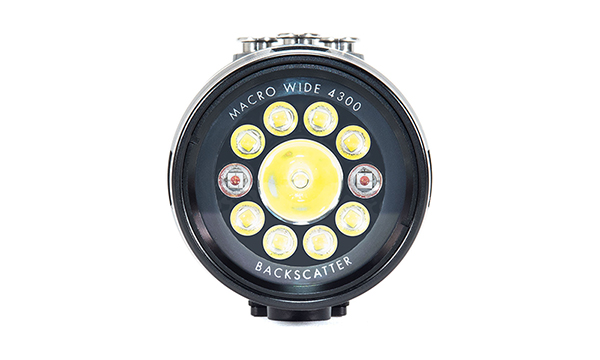 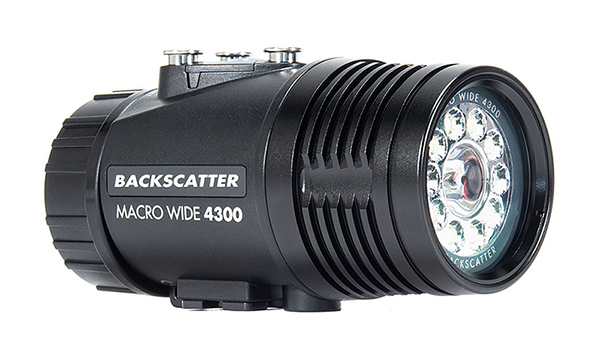 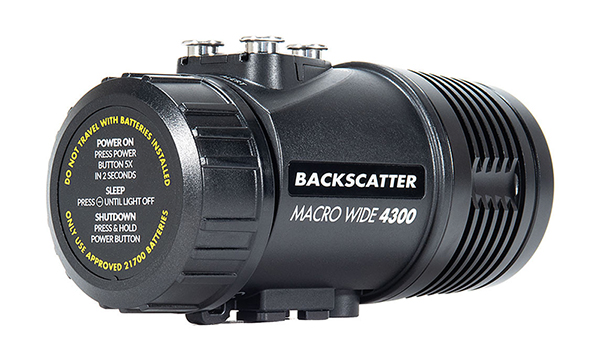 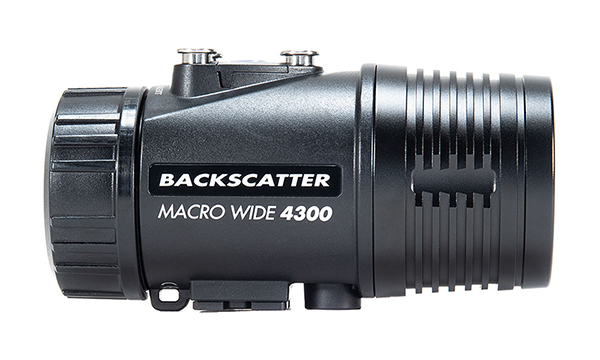 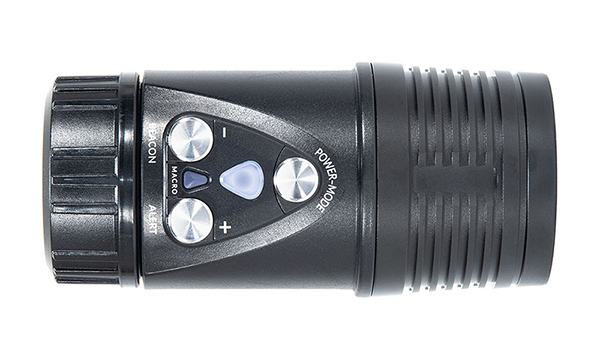 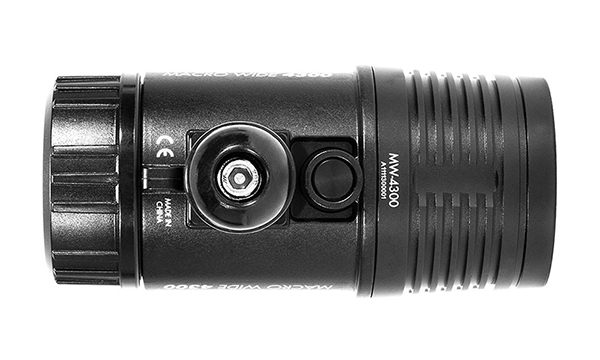 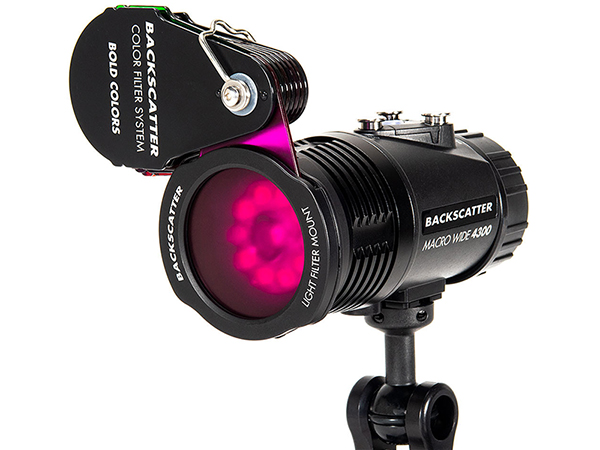 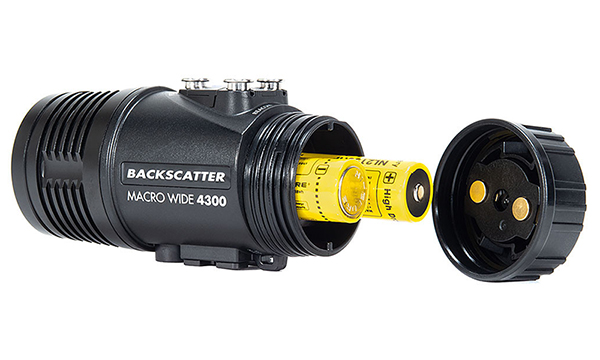 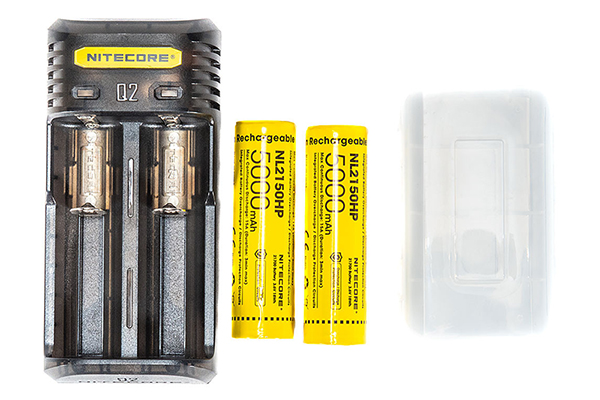