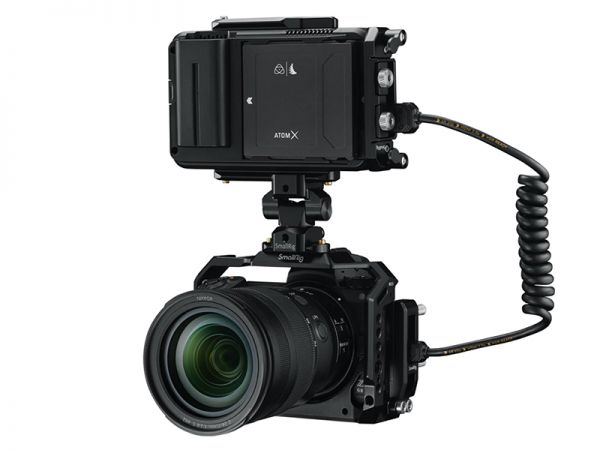 The very first mirrorless cameras to enable Apple ProRes RAW recording over HDMI to the Atomos Ninja V  were Nikon’s first full-frame offerings, the Z6 and Z7. Now Atomos has announced that the successor cameras, the Z7 II and Z6 II, will be able to output 4K UHD or Full HD 12-bit RAW and record as ProRes RAW files when combined with the Ninja V.

In its press release, Atomos also says Nikon N-Log will be “fully supported in the AtomHDR monitoring pipeline with the ability to add built in 709 preview, custom 3D LUTs and LOG to HDR conversion for both monitoring and output.” The new firmware release will “add the ability to monitor the RAW output as N-Log, to allow the use of existing N-Log 3D LUTs both on the Ninja but also in NLE applications where N-Log is now available as a RAW to Log conversion.”

While the AtomOS firmware update for the Ninja V will be free, it seems Z7 II/Z6 II users that want to capture ProRes RAW video with the Atomos monitor-recorder will need to pay for the upgrade: Z7/Z6 owners have to send their cameras to Nikon, shell out a $200 fee, and cover the shipping costs.

The Z6 II and Z7 II are shipping in November and December, and Atomos promises their firmware update in the “winter.”