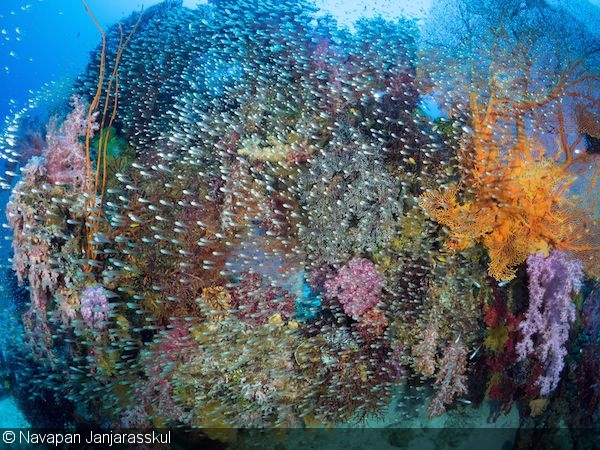 “Colourful Similan,” one of the winning images of ADEX’s Voice of the Ocean Photo/Video Competition 2015

The organizers of Asia Dive Expo (ADEX) have officially announced the 2016 edition of Asia’s “largest and longest running” dive show. The three-day event, which takes place from April 15–17 next year, is expected to attract tens of thousands of visitors from around the region and beyond.

The show, which aims to be a bit different to other dive shows around the world, doesn’t just showcase Asia’s best dive destinations, and the latest diving and underwater photography equipment. There’s a conservation focus as well, with renowned speakers from across the globe providing educational talks on topics relating to the show’s dedicated marine subject—the seahorse. Other highlights include: the Photo/Video Zone, the TekDive Conference, a film festival, and a new book festival.

The show also includes the Voice of the Ocean Photo/Video/Art Competition, a long-standing component of ADEX that draws some of the biggest crowds during the live judging session. For the 2016 competition, three new categories have been added: Macro Photo of the Year (Seahorses), Compact Camera Photo of the Year, and Underwater Fashion Photo of the Year. 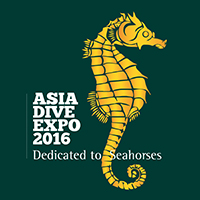 The largest and longest running dive show in Asia gets even bigger next year!

Organised by the underwater3some group (uw3some), Asia Dive Expo (ADEX) is the longest running and the largest dive expo in Asia celebrating its 21st year in 2016. A must-attend event for anyone interested or involved in the world of diving, the event has seen a continuous increase in visitors over the past few years, with ADEX 2015 attracting a total of 41,053 visitors over three days.

Taking place from 15 to 17 April, 2016, ADEX 2016 proudly presents world-renowned marine life artists, conservationists and photographers to speak about their passion and work towards marine life. It is an event being endorsed by major organizations in the industry such as DEMA (USA), the Singapore Tourism Board (STB) and the Singapore Underwater Federation (SUF).

Each year’s chosen ADEX icon, which is the show’s dedicated marine life where activities are garnered to heighten awareness of its conservation, is the majestic seahorse. All aspects of the seahorse will be publicised and major efforts will be taken to educate the public about the issues that threaten their future.

With its success in Singapore, ADEX expanded to China in 2014 with both shows now running annually, ADEX Singapore happening every April and ADEX China taking place in Beijing every September.

The ADEX official publication, Asian Diver, has an annual ADEX edition to commemorate the event. Called The Big Blue Book, designed to be the ultimate reference source, with the bulk of the publication focusing on everything you need to know about the majestic seahorse, this collector’s edition issue provides premium photographs, interaction articles and scientific overviews. Furthermore, it will act as a pre-event show guide for Asia Dive Expo, including event information, speaker details and agenda. This magazine will be out on newsstands in April, which will include a free ticket to ADEX 2016.

With no exception from the previous shows, ADEX presents the Voice of the Ocean Photo/Video/Art Competition once again, which celebrates visual representations of the ocean and its many creatures. We are seeking for the best works by all the creative participants. There are attractive prizes to be won and we are honoured to have a celebrated panel of distinguished photographers for 2016. They include: Alex Mustard, Eunjae Im, Iyad Suleyman, Lynn Funkhouser, Matthew Smith, Pasquale Vassallo and Tim Ho.

About Voice of the Ocean Photo/Video Competition 2016

The annual ADEX Voice of the Ocean Photo/Video/Art Competition celebrates visual representations of the ocean and its many creatures. The best works by underwater photographers and videographers are presented and judged live by a celebrated panel of distinguished photographers.

The winners of the ADEX Voice of the Ocean Photo/Video of the Year will be invited to speak at ADEX 2017, including the winner of the Compact and Best Artwork Category, all expenses paid, subject to sponsorship.

Submit your entries through www.adex.asia.

uw3some is a platform where divers come to get information about the region’s diving and to share their experiences with other divers. It is also a partnership between the three dive-industry giants of the Asia-Pacific region: Scuba Diver AUSTRALASIA/OCEAN PLANET, Asian Diver and ADEX. Combined, these three champions of the sea bring over 70 years of scuba diving experience to the table.

uw3some brings together content loved by magazine and website readers alike. It is enriched with blogs, multimedia, forums, and access to all mobile and iPad platforms. uw3some is also the organiser of one of the world’s foremost dive expos, Asia Dive Expo (ADEX), which is held annually in Singapore. It features speakers, exhibitors and visitors from around the world, as well as workshops, presentations, demonstrations, dive pools and dive tanks.