An Area the Size of Maine Has Opened in Antarctic Ice
By Joanna Lentini, October 13, 2017 @ 08:00 PM (EST)
Source: National Geographic 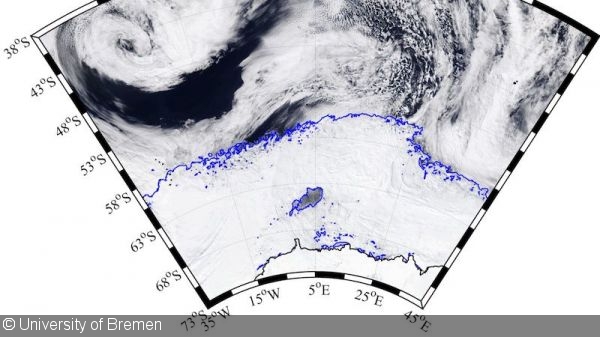 A hole the size of the American state of Maine appeared in the winter sea ice cover last month on Antarctica. A team of scientists from the University of Toronto and the Southern Ocean Carbon and Climate Observations and Modeling project (SOCCOM) had been monitoring the area via satellite technology after a hole in the sea ice was discovered last winter. The hole is known as a polynya and is the largest observed in Antarctica’s Weddel Sea in more than four decades—at roughly 30,000 square miles.