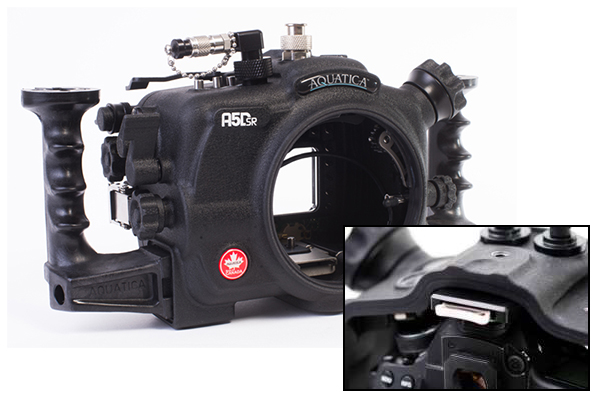 Aquatica has announced (PDF) a new LED optical flash trigger for use with the Canon EOS 5D series of DSLRs. The trigger, which attaches to the camera’s hotshoe, makes it possible to have fiber-optic strobe connections to the company’s housings for cameras such as the 5D Mark II, 5D Mark III, 5D Mark IV, and 5DS R. Aquatica’s housings come as standard with Nikonos N5 bulkheads for electrical connections.

Powered by two lithium batteries, the trigger can fire at over 10 frames per second, more than enough to outpace your strobes’ recycle time. Available soon, the trigger will retail for $369.

In our continuing desire to offer the greatest convenience to underwater photographers the world over, Aquatica, one of the pioneers in the underwater photo industry is now shipping the new LED Optical Flash trigger #18963. Designed for those cameras that do not have a built-in pop-up flash like the Canon 5D series, the trigger offers an extra level of convenience and peace of mind by removing the electronic contacts between the housing and strobe.

Using the latest in LED technology, Aquatica has created an answer for users who want to use Fiber Optic Sync instead of the traditional N5 electrical cables. The trigger is powered by 2 lithium button batteries with a life of over 5000 pulses and can easily fire at over 10 frames per second!

In addition, there are additional benefits to using optical triggers:

The optical trigger option is now available as a factory installed unit or existing housings can be easily retrofitted by your Authorized Aquatica dealer.