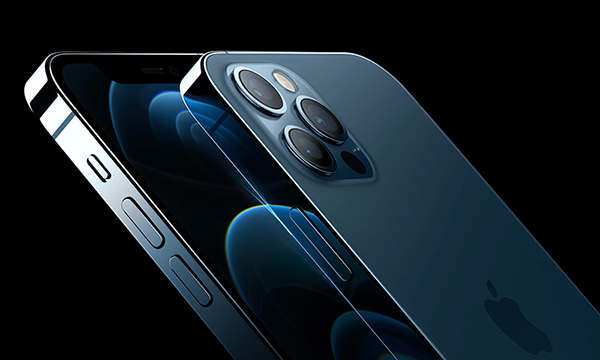 Apple has unveiled the latest iteration of its smartphone—iPhone 12—in four different flavors: the “budget” iPhone 12 mini and iPhone 12, with 5.4-inch and 6.1-inch screens; and the “flagship” iPhone 12 Pro and iPhone 12 Pro Max, with 6.1-inch and 6.7-inch screens. All phones feature a Super Retina XDR OLED display, the latest A14 Bionic chip, 12MP cameras, HDR video recording with Dolby Vision at up to 30fps, 4K capture at up to 60fps, Face ID, IP68 splash resistance, and of course, compatibility with 5G networks.

As usual, Apple has placed a great deal of emphasis on the cameras in the new models, touting the ability of the phones to capture low-light scenes in Night mode and promising better detail and color than was previously possible. The 26mm-equivalent f/1.6 Wide and 13mm-equivalent f/2.4 Ultra Wide cameras, which come with all four models, offer Night mode, and the Wide camera now has a wider aperture, letting in 27% more light. 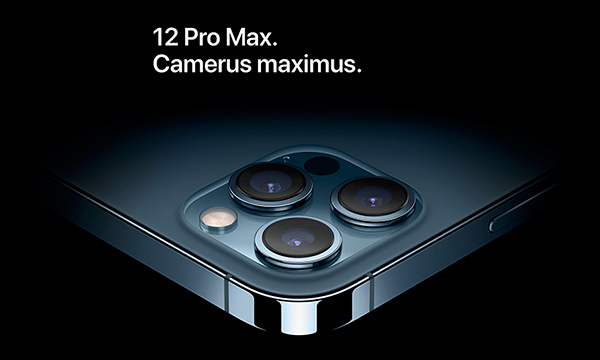 An additional telephoto camera is included on the Pro (52mm-equivalent f/2) and Pro Max (65mm-equivalent f/2.2), and they feature LiDAR technology—which creates a depth map—promising “up to 6× faster autofocus in low light.” Those keen to snap one of the new iPhones into the latest underwater housing may be most interested in the Pro Max, whose Wide camera has been maxed out: Its sensor uses larger 1.7um pixels and is 47% larger.

Apple also announced a new format called Apple ProRAW, which is coming to the new iPhones later in the year. This combines the company’s Deep Fusion and Smart HDR technology with the editing flexibility of RAW. On the video front, the iPhone 12 and 12 mini can record 4K HDR video with Dolby Vision, while the Pro models are capable of 10‑bit 4K HDR recording in Dolby Vision. 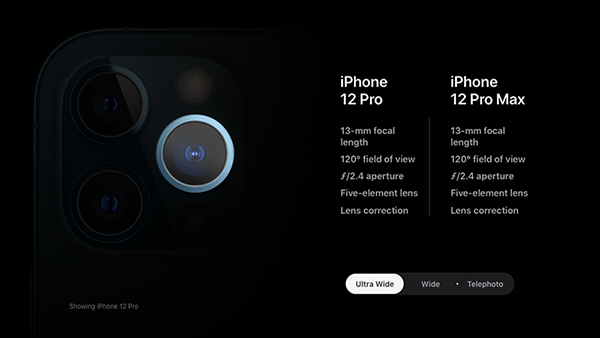 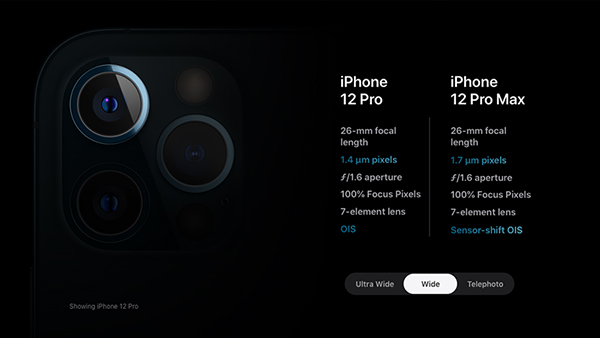 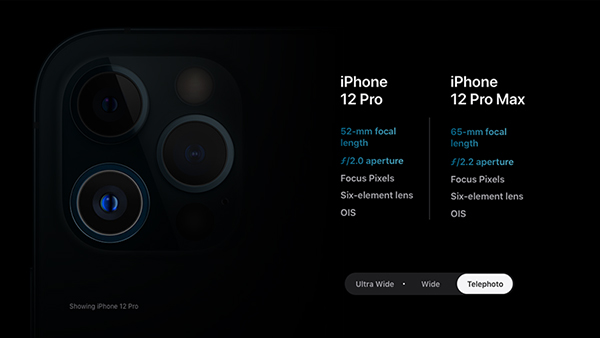